“Getting the call ignited something like hope in me”: how making ‘Communion’ saved its team from despair 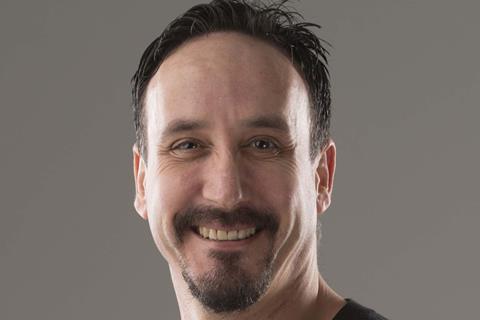 Tunisian filmmaker Nejib Belkadhi wears several hats. He’s acted in over a dozen films and TV series, writes for film and TV and directed five features, both documentaries and narrative.

Communion, which had its world premiere in competition at the Red Sea International Film Festival this week, is his most recent film. It tells the story of Kais and Sara, a couple of urban professionals during the first year of the Covid-19 pandemic in Tunis. Belkadhi also stars with Souhir Ben Amra.

Belkadhi and the film’s co-lead Ben Amra talk to Screen about why they believe the film has resonance beyond these Covid days.

Which came first? The premise, or the lockdown?
Belkadhi: It was the lockdown that brought the story. We shot in late April, while we were still under lockdown. I enjoyed the first days of lockdown, but then the days began to look alike and we were experiencing the same things – every day inside.

I think I was beginning to get depressed. This film was a kind of self-therapy I woke up one day, and I said to myself, the problem is that we can’t get out. We couldn’t film because everything was forbidden.

I wanted to feel useful and I wanted to get out of that bleak mood I was in. I wrote the script in five days. I sent it over to two readers. Then we did some rewriting. I had another draft in three days.

Then I called my producer and told him, ‘I need a camera. I need a five -or six-person crew. I called Souhir, with whom I’ve worked before, and I sent her the script. She read it and said, ’It’s interesting. Let’s do it.’

There were never more than nine or 10 people on set – which is my apartment. Kais’ cat is my cat. In life Souhir lives around the corner from me. We shot the film in two weeks and three days.

How much of the film is autobiographical?
Belkadhi: There is something personal [about the film]. There are some conscious things and some unconscious things that I can relate to today. When I watch the film, I would say to myself, ’Oh, that’s me.’ or ‘That’s not me, but that’s me’.

Acting as an actor and directing this film, in my place with my cat. With Souhir, who’s a friend, and with my crew, who are friends – that that makes for a kind of security, to feel security in those insecure times. That is soothing.

One of the film’s starting points is the story of my uncle Bashir, who was psychotic and had schizophrenia. I thought, ‘What would have happened to my uncle, if he’d experienced this kind of isolation,’ I wondered, ‘this double isolation?’ Schizophrenia is one form of isolation and Covid-19 is a whole other isolation. 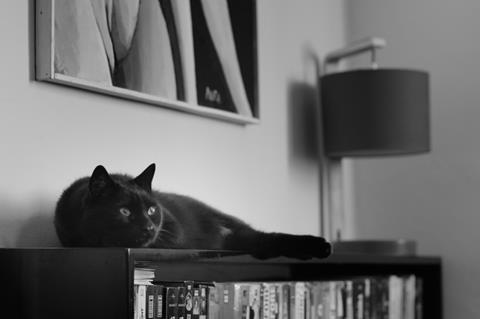 What did you draw on to create the characters?
Ben Amara: Because of the context, I obviously have some things in common with Sara. I was experiencing the whole Covid-19 thing very badly. Getting Nejib’s call ignited something like hope in me. Fiction and reality were so close that there was a thin line between them, and that experience was really soothing for me. This film is a document of the times and a testimonial.

How do you hope the film will stand the test of time?
Belkahdi: The main thing about Covid-19 is isolation and solitude and loneliness. It separates us. Isolation is the main character in the film. It stands between Kais and Sara. I wanted to stress how Kais is isolated, yes, but he’s also got something else. He’s a normal guy, but something is off with him. The things he does are like the first signs that he has a pre-existing condition.

For all that, Communion is mainly a film about a couple. It’s a love story, a film about marriage, and coexistence.