Glasgow FrightFest: into The Woods

Screen reports from the tenth Glasgow FrightFest, featuring interviews with The Woods Movie’s Russ Gomm and The Treatment’s Hans Herbots. 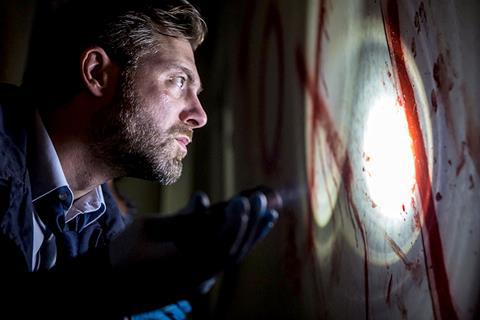 Having been to several FrightFest occasions, both in London and Glasgow, its capacity to surprise seemed to have been negated.

Then, at the start of Day 2 at this year’s Glasgow FrightFest, one of the co-directors was desperately trying to get rid of a free Neighbours (yes, the Aussie soap) DVD boxset.

Welcome to Film4 FrightFest, where the shocks don’t only come on screen.

2015 marked the tenth time that FrightFest has ventured North of the border as part of Glasgow Film Festival.

The event saw its usual blend of premieres, shorts and surprises across its 11-strong programme, including big hitters such as the UK premieres of Jon Watts’ entertainingly grim Clown (produced by festival favourite Eli Roth) and the supposedly climactic chapter in the [REC] saga, the frenetic [REC]4: Apocalypse.

Both days saw notable short film premieres too, with Katie Bonham’s intriguing and mournful The Paper Round preceding (and outshining) the otherwise disappointing The Hoarder on Day 1 and the Scottish premiere of Ben Steiner’s effective body-horror The Stomach before Blood & Black Lace on Day 2. Bonham continues the festival’s championing of homegrown talent, with her previous short The Porcelain Ground competing in last year’s Shortcuts to Hell competition.

Another FrightFest returnee was Paul Hyett, who showcased two promising clips from Howl, his second feature following FrightFest 2012 world premiere The Seasoning House. The film follows a group of people on a broken-down train who are set upon by werewolves. (Screen caught up with the director at the festival, with an interview coming up this week.)

Continuing the theme of homegrown talent, Saturday [Feb 28] saw the world premiere of The Woods Movie from Russ Gomm, who has worked with FrightFest since 2009. The film is a comprehensive and fascinating look at the making of the seminal horror classic The Blair Witch Project, and it stemmed from Gomm being swayed by the film’s ‘real life’ origins.

Having watched TV special The Curse of the Blair Witch (a faux documentary setting up the film’s mythology), Gomm spent a “few months convincing myself it was real, and then I finally saw the film and it terrified me”. Eventually, the film-maker realised it wasn’t real (the fact that a sequel was announced helped) but was still fascinated by how the directors created the legend.

“I found [co-director] Eduardo Sanchez on My Space of all places and sent him a fanboy-ish message about the effect it had on me,” recalls Gomm. “I didn’t expect a reply, but he sent a long reply back which went back-and-forth and we became friends. A few years on, he invited me to come and help on his new film, Lovely Molly, where I stayed with him and he left me the entire 20 discs of raw footage from The Blair Witch Project.”

This led to Sanchez giving Gomm the opportunity to edit footage of a fake Blair Witch 3 project, Four Corners of Fear, that they had trouble editing before. He moulded it into short segments which Sanchez liked enough to release as a web series, with the experience leading Gomm to realise “that I really enjoyed editing, a time when you can focus and be creative”.

Following this, Sanchez had just found tapes they had made at the time of making Blair Witch, which he entrusted to Gomm resulting in The Woods Movie. Unlike most documentaries, The Woods Movie is purely crafted out of these interviews from back in 1997. “My original plan, because I didn’t know what was on the tapes, was to get their archive footage and go and shoot new interviews. Once I got the tapes, I realised there was about five hours of them talking which was even better as it was pre-Sundance and pre-selling the film,” explains Gomm.

The challenge for Gomm, and also the biggest lesson learnt, was the ability to “art of being able to take out things even if I loved them to make the project better”. An original cut clocked in at two hours, where the final cut is now 83 minutes, “right on the money” according to the film-maker. It’s also made him reassess his view on making documentaries, but the passion has to be there as, without that, “I’d never have been able to sit through all the footage”.

Next up for Gomm though is his first fiction feature-length outing, The Legend of the Mad Axeman, developed from his short that premiered at last year’s FrightFest all-nighter, which kicks off its 12-day shoot in two weeks time.

Following The Woods Movie on Saturday was an altogether different film, Hans Herbots’ bleak, uncompromising and devastating adaptation of Mo Hayder’s The Treatment, centred on an investigation into a child killer. The film is currently set for a release in the UK this May through Peccadillo Pictures.

The Belgian director was attracted to the material as it contained a running theme from his other films. “It’s a very good story, a page-turner that you can’t stop reading and underneath the story, I was attracted to the themes that are very present. How things in the past still influence how you behave right now, and how it’s impossible to go on with your life when something is unresolved. In almost every film I make, there is a character that struggles with that.”

In The Treatment, Inspector Nick Cafmeyer (DI Jack Caffery in the books), is haunted by the disappearance of his brother when they were young and for the role, Herbots felt Geert Van Rampelberg (The Broken Circle Breakdown, Time of My Life) was perfect for the role as “he’s strong, but he looks very vulnerable” adding that “if you’re taking the audience on a journey to Hell, you want a nice guy to go along with you”.

The rest of the film was cast, intentionally, without famous actors to ensure it felt “authentic” - “I wanted you to really feel that it could be happening in the village next to you”.

The film manages to mine some very dark territory without being exploitative, but there was never an intention to soften the book’s themes. “The most important thing when approaching an adaptation is that you preserve the atmosphere and the intentions of the book,” believes Herbots. “We never avoided the dark elements of the book and that was one of the reasons why Mo Hayder let us work with her material.” (Slight changes have been made, but predominantly merging some of the supporting characters and a tweak on the book’s ending.)

Before The Treatment, Herbots worked on TV series The Spiral (not to be confused with Spiral) and Het Goddelijke Monster, so does he feel there are major differences in working in the two mediums? “When you do a series, it’s like building two streets with all the same houses but when you make a film, you can build one house totally the way you want to build it because it doesn’t have to fit in. I think there is more artistic freedom in making a film, but the differences are not as big as they used to be.”

Herbots won’t rule out returning to the world of Mo Hayder’s books - “the good thing is that by the end of the film, he resolves his past and he’s becoming a fresh character” - but the experience of being at FrightFest (and also at Fantastic Fest) has broadened his horizons for future projects.

“The funny thing is I never expected to end up in FrightFest with this film. I didn’t know it before, but the good thing about horror is that it has an audience that is really dedicated. I could see myself doing something which plays with the elements of horror and if you can combine the elements of the genre with well-developed characters, I think you have a really strong film.”

And like Herbots says, FrightFest isn’t just about the films; it’s a experience that is improved by its passionate and respectful audience, knowledgeable to the extent that every film gets the reaction it warrants based on its tone.

There’s few better places where Marcus Nispel’s unashamedly ridiculous possession horror The Asylum (AKA Backmask and Exeter in the US) would have been as fun to watch, while on the flip side, you’re unlikely to get a quieter audience when the film needs one such as The Treatment.

It’s perhaps why film-makers who come here are often so open when it comes to the Q&As, leading to one of this year’s most entertaining moments when The Hoarder’s writer-director Matt Winn was asked the most challenging thing about making it with his response being the cutting “working with Mischa Barton”.