Gurinder Chadha talks 'Blinded By The Light', her "spiritual sequel" to 'Bend It Like Beckham' 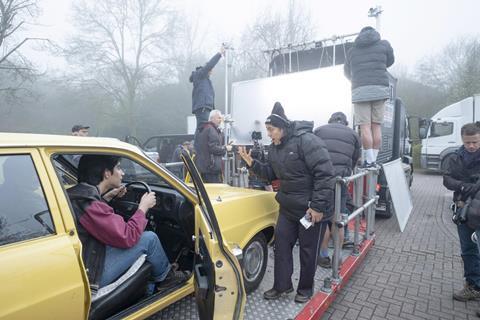 Behind the scenes on ‘Blinded By The Light’

While the industry travels to the French Riviera for this year’s Cannes, director Gurinder Chadha is back in the UK shooting feature Blinded By The Light, which chronicles the experiences of a British Pakistani boy growing up in the 1980s.

The film wraps on Sunday, May 13, and Chadha is aiming to fly out to Cannes afterwards. Screen caught up with the director on the set to discuss the film, which she sees as a spiritual sequel to her career breakout Bend It Like Beckham.

Blinded By The Light has been adapted from the memoir of UK journalist Sarfraz Manzoor, who Chadha had bonded with previously over a mutual love of rock star Bruce Springsteen. The director first saw the American musician live in 1984 and has followed him since – Manzoor had interviewed Springsteen in his capacity as a journalist plenty of times. “We knew we couldn’t do it without Bruce’s blessing,” remembers Chadha.

When the book was published, the pair attended a screening of Springsteen feature doc The Promise in London, where they ran into the singer on the red carpet. “We told him we wanted to make the movie and he said, ‘sounds good’,” recalls the director. “He loved the message – how music can transcend class, race, any kind of background,” 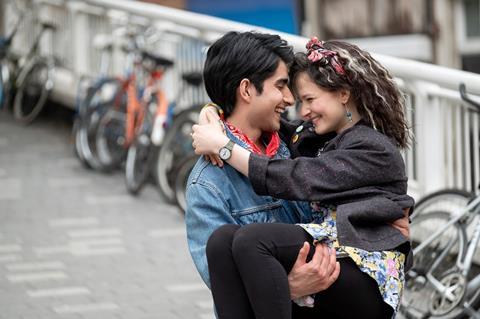 The film, set in 1987 Britain, tackles subjects including widespread unemployment and racial tensions. Chadha says there are parallels with today’s society but that things have also moved on. “We’ve got a scene where people have written ‘Pakis Out’ or drawn a swastika on a wall, and no one in my art department wants to do it,” she remarks. “I said ‘give me the bloody spray can and I’ll write it’.”

As per her feature Bend It Like Beckham, which told the story of a football-infatuated Punjabi Sikh girl, Chadha hopes Blinded By The Light can have a cultural impact. “Even though it’s nothing to do with girls playing football, in its heart it’s my sequel to that film,” she comments. “I think Bend It Like Beckham had an impact on the British Sikh community, I hope this film will do something similar for British Pakistanis.”

Key to film are the songs of Bruce Springsteen, and the team stayed in touch with the singer’s team to get sign-off on the usage of his work. Chadha calls the film a “hybrid musical” and explains that it features multiple instances of the characters singing along to Springsteen hits on their Walkmans, while the work of Springsteen is also woven into the fabric of the film itself. “It’s about finding the cinematic inspiration of those songs,” she comments.

Starring in the film is emerging talent Viveik Kalra - “I’m going to launch a new star,” the director comments. The film’s supporting cast includes Rob Brydon, a self-confessed Springsteen uber-fan who Chadha says jumped at the opportunity to take on a cameo role, during which he will don a mullet wig and sing Thunder Road.

Blinded By The Light is showing first footage in the Cannes market and is being sold by Cornerstone Films.