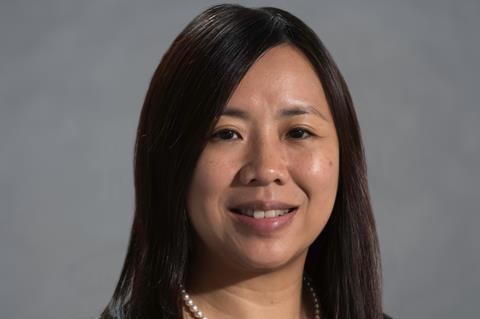 Hong Kong International Film & TV Market (Filmart Online, March 15-18) is returning to its traditional dates after being pushed into August last year due to the pandemic, and will take place online for the second time.

Filmart, which remains the premium international market for Asian film and TV content, became one of the first major events to postpone in March 2020 as the pandemic spread around the world.

“The online format has proven effective in breaking geographical barriers, attracting new exhibitors and buyers who previously were not able to attend due to the event’s timing or the travelling time and cost involved.”

Looking back on 2020, ahead of its upcoming 25th edition, Liu recalls: “It was a brand-new experience for most parties involved when we hosted the first-ever Filmart Online last year. We were all learning the ropes. The world is being remade [by Covid-19], which requires us to adapt a new thinking and Filmart has to evolve accordingly.”

Liu confirms that more than 2,000 online business meetings were recorded at the August event, which attracted first-time visitors and exhibitors from territories such as Argentina, South Africa, Europe and the Middle East. However, the overall number of participants and exhibitors was down by 20% and 25% year-on-year respectively.

“The pandemic caught us all by surprise,” says Liu. “Some clients were not ready – even when we pushed it back to August – because the production sector mostly came to a standstill and they didn’t have new slates, while some of them were hesitant about moving online.

“But we all learn fast. By now, they know what to expect and are much more enthusiastic than before. This year, they are able to commit much sooner, without enquiring too much.”

This year’s target is to reach 700 exhibitors, compared to 670 for last year’s online market and 888 for 2019’s physical market. Many repeat clients have confirmed their attendance including iQiyi and Fantawild Animation from China, Gaga Corporation and NHK from Japan, Contents Panda and Mirovision from South Korea, France’s Studiocanal, Germany’s ZDF, and US firms MultiVisionnaire Pictures and Shoreline Entertainment.

“Having regular clients to come back to support us is the best indicator to measure an event’s success,” says Liu.

Some who skipped last year’s Filmart Online will also return, including South Korea’s Lotte, Indonesia’s MNC, Gaumont and Wide from France, and the Malaysian pavilion.

A total of 23 pavilions have been confirmed, including Japan, South Korea, Taiwan, Thailand, EU and the US as well as various city and province pavilions from China, all of them regulars. New exhibitors include China’s Bilibili and GMA from the Philippines.

Liu is fully aware of the challenges ahead, in particular the unexpected technical issues related to network transmissions as well as the sound and image quality experienced during last year’s Filmart Online.

IT support continues to be crucial as more daily events are scheduled over the course of four days this year, including seven online conferences on topics that address the new normal such as virtual production and Asian OTT streaming. A content showcase will also be offered to exhibitors to promote their latest offerings through several online sessions.

In pre-Covid days, the physical Filmart was a prominent launchpad for high-profile titles from Hong Kong and beyond. Liu and her team are now working hard to bring the physical press conferences online, complete with star attendance.

As the world continues to deal with the pandemic, Liu hopes a physical Filmart will be able to return in 2022 or a hybrid version at the very least.

“Film folks enjoy putting their creative minds together over drinks or meals,” Liu says. “After all, video conferencing is not the same as face-to-face. The lack of human touch can be difficult.”