How Israel's Rabinovich fund is ticking the diversity box

The Yehoshua Rabinovich Foundation for the Arts’ Cinema Project supports a huge range of productions. Melanie Goodfellow finds out how it makes its funding decisions. 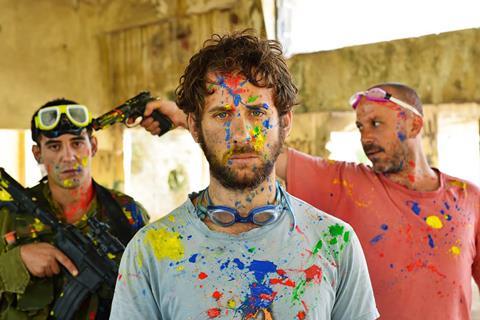 There has been much discussion within the Israeli film industry about whether its funds reflect the country’s diverse population in their choice of awardees, amid the culture ministry’s proposed changes to film financing.

One fund that undoubtedly ticks the diversity box is the Yehoshua Rabinovich Foundation for the Arts’ Cinema Project. The Tel Aviv-based entity is out in force at Jerusalem Film Festival (JFF) this year, with a trio of very different competition titles.

They include Michal Aviad’s Working Woman, about a young mother dealing with workplace sexual harassment, Joseph Madmony and Boaz Yehonatan Yacov’s secular-religious divide drama Redemption, and Yona Rozenkier’s The Dive, about three brothers who let rip on the remote northern Israeli kibbutz where they grew up ahead of military service in Lebanon.

Aviad’s Working Woman feeds into the contemporary debate around sexual harassment in society sparked by the Harvey Weinstein scandal and the subsequent #MeToo movement. Yoav Abramovich, deputy director and artistic director for feature-length films at the Cinema Project, notes the body had boarded the feature prior to the rise of #MeToo. “We’ve supported Michal’s films in the past,” Abramovich explains. “She is a very experienced filmmaker. She came to us with this wonderful script about sexual harassment and we selected it right away. We just loved it for the delicate and sensitive way it treated the subject.”

Madmony and Yacov’s Redemption is already racking up prizes following a successful world premiere at Karlovy Vary International Film Festival in early July. It follows in the footsteps of another Rabinovich grantee, The Cakemaker, which enjoyed a warm reception at Karlovy Vary last year.

“[Redemption] is another topical film looking at the line between religious and secular worlds in Israel. Both the director and the main character are secular people who became religious,” Abramovich explains. “The film looks at this process and what becomes of the relationships with friends left behind in the secular world.”

The Cinema Project also backed Documentary Competition title The Oslo Accords, which pieces together the tale of the secret backchannel talks held between Yitzhak Rabin and Yasser Arafat in the lead-up to the Oslo Accords in 1993. The documentary, which premiered at Sundance Film Festival earlier this year, is by Mor Loushy and Daniel Sivan, the same team that made the award-winning Censored Voices.

Further films backed by the Cinema Project that are not screening at JFF, but are expected to make a festival splash soon, include Israeli-Ethiopian filmmaker Alamork Marsha’s debut feature Fig Tree, a drama based on her own experience growing up in war-torn Addis Ababa in the 1990s, and Avi Nesher’s Jerusalem-set The Other Story, exploring the clash between secular and religious values in contemporary Israeli society.

The fund puts the maximum grant of $528,000 (ils2m) into around seven or eight films a year and then supports another 15 low-budget titles by new directors to the tune of around $54,000 (ils400,000). “We support both Israeli films and co-productions with Israeli partners,” says Abramovich.

The fund is also involved in two high-profile animation productions: Ari Folman’s Where Is Anne Frank?, a feature inspired by Frank’s diaries, and Gidi Dar’s ambitious Legend Of Destruction, retelling the story of the ruin of Jerusalem’s Second Temple in 70ad, to which respected Waltz With Bashir animators David Polonsky and Michael Faust are attached.

“It’s a fascinating project,” says Abramovich of Legend Of Destruction. “While looking at history, it also delves into modern-day politics and warfare and asks whether it could happen today.”

Abramovich suggests that the variety of the projects it selects is due to the cultural mix of its script readers. “The artistic quality of the project and whether we think it will be successful with Israeli audiences are the most important deciders for us,” he explains. “And then [there is] the diversity of our readers, representing many different communities here in Israel, which means diversity comes naturally.”