How Odesa Film Festival transformed into a successful online edition 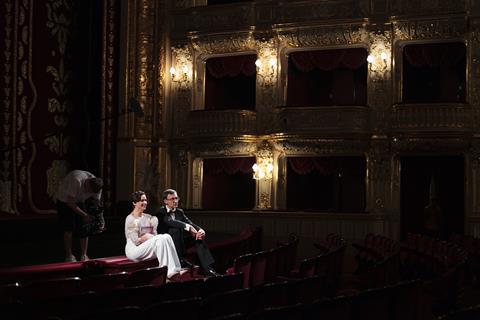 The 11th edition of the Odesa International Film Festival (OIFF) moved from its traditional July dates to run online from September 25 through October 3. This was to give the organisers time to reformat the festival and do the extensive work needed to transform from a physical to a digital event.

“When quarantine first started in March we were all in the process of inviting and accepting films submitted for the festival,” explains Julia Sinkevych, general producer of the OIFF. “While we could have considered cancelling this edition to wait for next year, we thought it wouldn’t be fair for the filmmakers and not fair for our regular audiences expecting to see films.”

Instead they decided the show must go on. The OIFF provides an international platform for filmmakers from Ukraine and the region and showcases international films to local audiences. Moving it online ultimately saved about 40% in physical costs.

“My biggest fear was the filmmakers might withdraw from the festival and might not want to take part online,” says Sinkevych. “And some decided to wait until next year to have a physical premiere and some decided to go to different festivals. But the quality of the programme is as good as last year.”

The festival opened on September 25 with an ambient video directed by previous National Competition winner Tonya Noyabryova from the Ukrainian port city on the Black Sea.

“We wanted the opening ceremony to give the audience an opportunity to become immersed in the atmosphere of Odesa,” Sinkevych explains. “Odesa is probably the most cinematic city in Ukraine and we wanted viewers to feel the place that everyone is missing through quarantine.”

Ukrainian TV presenter, actress and journalist Yanina Sokolova and TV anchor Oleh Panyuta were aboard as normal to host the opening night taking viewers from their homes to the city’s iconic landmarks and main festival locations such as the Opera House, the monument to Duke de Richelieu, Potyomkin stairs and the Vorontsov lighthouse.

This year’s opener The Barefoot Emperor, directed by Peter Brosens and Jessica Woodworth, unspooled online. The Belgium-Bulgaria-Croatia-Netherlands co-production details how the last King of the Belgians becomes the first Emperor of Europe. 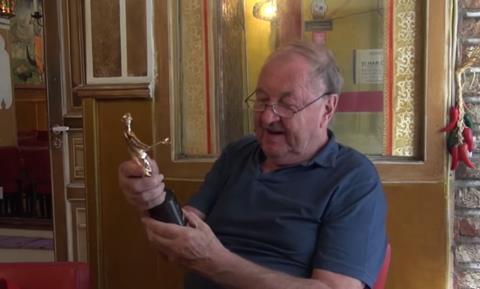 “We had lots of positive feedback and people really engaged with it,” said Sinkevych of the online festivities of opening night.

Twelve titles are in contention for the festival’s Golden Duke international film award including French-Tunisian filmmaker Manele Labidi’s Arab Blues, Ukrainian director Valentyn Vasianovych’s Atlantis, Adam Rehmeier’s Dinner In America from the US and Kim Yong-Hoon’s Beasts Clawing At Straws from Korea. The online awards ceremony will be held on October 3.

All of the films screening online are geo-blocked for Ukrainian audiences only. Audiences were asked to buy a festival pass or individual tickets to screenings. The Film Industry Office programme, opening and closing ceremonies and the Q&A events with film teams can be seen by anyone around the world via YouTube, the festival website and Facebook.

One of only two physical events at the festival will be the annual open-air screening event held on the Potemkin Stairs leading down to Vorontsov Lighthouse on the waterfront, immortalised in The Battleship Potemkin, on October 2. Socially-distanced invitees will watch Paul Wegener and Carl Boese’s 1920 German silent horror film The Golem: How He Came into the World accompanied by a chamber orchestra performing the soundtrack written by Israeli composer Betty Olivero.

“I am really looking forward to the open-air screening. It is something you cannot experience anywhere else and creates a special atmosphere,” says Sinkevych.

Agnieszka Holland’s Charlatan, based on the true story of Czech healer Jan Mikolášek who dedicated his life to treat the sick using medicinal plants will close the festval.

“When any crisis happens, culture is the tool to inspire us, support us and show us that life goes on,” says Sinkevych. “We all have to remember that sooner or later all bad things will be over and we will be left with art.”