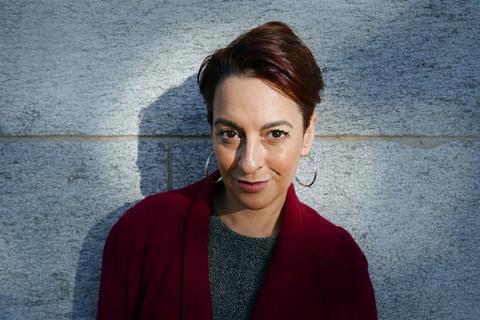 IDFA’s artistic director Orwa Nyrabia says of Arami Ullón’s opening-night film, Nothing But The Sun, the film deals with colonialism, the theft of land and the destruction of an ancient culture. ”It is tackling some of the most urgent questions of our era but this all comes through in an artistically ambitious style.”

The film’s main protagonist, Mateo Sobode Chiqueno, is one of the Ayoreo people from the forests of Chaco in Paraguay who have been forcibly converted to Christianity. Their old way of life has been taken from them. But Mateo tries to preserve their myths and memories by interviewing his fellow Ayoreo on an old cassette recorder.

Now based in Basel, Switzerland, Paraguayan director Ullón is currently developing her third feature, A Tiny Message To Infinity, about human plans to colonise space. (“Instead of focusing on what we can improve here [on earth], we’re already thinking of how we can fuck it up somewhere else.”]

In this interview with Screen, she reflects on the strange circumstances that inspired Nothing But The Sunm, sold by Film Republic, and talks of her deep respect for an Ayoreo culture that, when she was growing up, she barely knew anything about.

Nothing But The Sun will premiere online on November 18, along with the opening night ceremony. Cinemas in the Netherlands are scheduled to reopen on November 19 and organisers hope the film will have a physical screening in Amsterdam later in the festival.

It is true you discovered your subject matter in a Swiss newspaper?
My boyfriend got this newspaper on the train and translated it for me. He asked, ‘Did you know this?’ I was in kind of shock. At first, I felt very ashamed because of not knowing. Second, I wasn’t trusting this piece of news. Right away, I decided to contact friends of mine working in the indigenous field. One of them said, yes, of course, this is happening.

I decided to make a survey of 100 people from different backgrounds and asked them one question: ‘Are there still indigenous people living without contact with white civilization?’ Only two people said ‘yes, I guess.’ And only one knew there were Ayoreo people.

That was when it became something very powerful…Then the research started.

When did the Christian missionaries begin to convert the Ayoreo people? It must have been very recently because many can remember living in the forests.
That process of colonising indigenous people started with the whole discovery of America, and it never stopped in reality. People think there was a period in time and then, after that, there was no colonialism any more. That’s not what actually happened. In Paraguay, the missionaries arriving in the Chaco region to start this contemporary colonizing started in the ‘50s. There was some moment in the ’50s when it started to be systematic again.

The missionaries are only the visible tip of the iceberg. Under them, there are all sorts of groups of power: cattlemen, soy plantation, real state speculation, wood exploitation, coal factories, leather exploitation (especially for export), etc. And a government that allows all this to happen.

How did you find Mateo?
When my friend Giovanna sent me a report on the situation, she told there is a person who has been working with the Ayoreo for maybe 30 years. I think he can help you understand it better. This person was Benno Glauser, who happened to be Swiss and was with the NGO Iniciativa Amotocodie. He was very happy to help me understand the complexity of the situation. He was the first person to take me to the Chaco region. The Chaco area was always mystery to us. When we were kids, there were not even roads (there). He introduced me to Mateo. 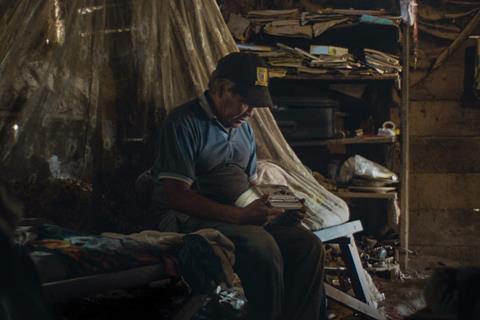 Nothing But The Sun

How long did it take you to make the film?
We shot in three different years: 2016, 2018 and 2019. From 2013-2016, it was just research. We needed the trust of Mateo and his family. Mateo is a natural historian of the Ayoroeo people. He is very well known in the community and is very respected. Having him on board gave us access to all the other stories that are part of the film.

What happens to Mateo’s audio cassettes? Could he use digital recording devices?
Iniciativa Amotocodie (an NGO) has been digitising the tapes and translating them…At some moment, he did get a digital recorder but then the problem was where he was going to download and store the recordings. Then, he came into the whole thing of learning how to use a computer and external drives. He was just overwhelmed. One of the times I was there, the hard drives were just there, full of dust and useless to him because he wouldn’t even play back. Some people said it was cruel for him to be using these tools and maybe I could provide him with better tools but this would be me, a white person with privilege, deciding how he should record. But one thing happening very recently is that Mateo got a smartphone so now he’s recording on WhatsApp.

Do some of the Ayoreo people now take their Christianity very seriously?
If everything is taken from you, and everything you take as your culture and understanding of the world and life is forbidden, there must be a hole. [Christianity] is what is given to them. It is very easy to take it because no-one is offering anything else.

What do you hope to achieve with the film in Paraguay?
“I know very well that there are parts of Paraguay that don’t react to any sort of art. I am not naive. I know this film is not going to change anything on a big scale for the Ayoreo but for me what is the most important detail is that normal people get to know this [story] and discuss it. If we can achieve that, it is already a huge step.