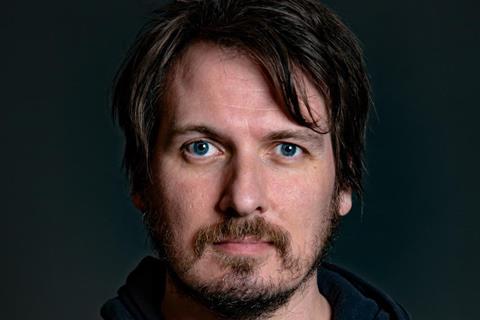 DocLab, IDFA’s hub for interactive and immersive non-fiction, is where audiences go to have their senses challenged. Many festival attendees still have strong memories of past DocLab works such as Famous Deaths in 2015, in which they were invited to lie in a sealed coffin and listen to an audio recording of the JFK assassination, while the smell of Jackie Kennedy’s perfume was pumped around them.

The 2020 edition of DocLab is as adventurous as ever. Even interviewing Caspar Sonnen, IDFA’s head of new media, is adventurous – we meet in DocLab’s online social platform, in a virtual dining room. This a site also has a “yoga loft,” a “champagne tower,” a karaoke room and experimental projects such as Judgement Date, which, Sonnen said, allows visitors to “judge each other’s living rooms.”

This year, certain works in the selection can still be visited physically now that Dutch cinemas are open again (with a maximum of 30 people per room from midnight tonight). Dome screenings in the vast ARTIS-Planetarium will include Kitoko Diva’s [The Black Man in the Cosmos], Tamara Shogaolu’s Echoes Of Silence and David O’Reilly’s Corona Voicemails.

“We started the programme in 2007 to solve the problem of how you present interactive things you can only experience digitally in your browser to a physical, collective audience. That was the whole reason DocLab was called ‘Lab’,” Sonnen says of the origins of DocLab. “It was a lab for us, as a festival, to experiment with new ways of exhibiting ephemeral digital art that didn’t have a home and which we also didn’t know how to exhibit.”

But as DocLab and the exhibition of interactive and immersive art have become increasingly physical, the pandemic posed an unexpected challenge, albeit somewhat different from IDFA’s film sections.

“The struggle of having to move back and forth between physical and digital was not unfamiliar to us but the complete uncertainty as to what we were allowed to do was,” he continues. “But it was quite easy for us to stop feeling sorry for ourselves when we saw how artists were responding creatively to the pandemic. As they moved even more freely between digital and physical, we decided to create do {not} touch, a special programme in collaboration with IDFA’s performing arts programme IDFA on Stage.” 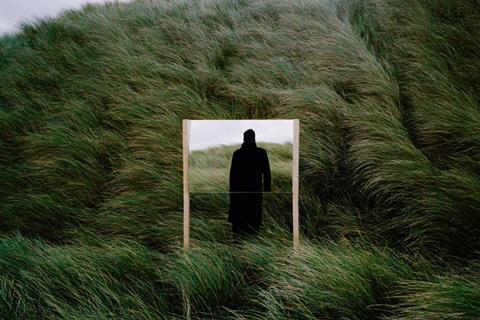 In Order Of Disappearance

Highlights of do {not} touch include Bart van de Woestijne’s In Order Of Disappearance, “It’s basically an exploration of loneliness or isolation,” Sonnen explains. “You actually observe the city as you are isolated from it inside this little booth.”

Van de Woestijne has a second, even more more unusual work, Oxygen Debt, which involves 26 participants at once being equipped with heart monitors and climbing on exercise bikes for a “philosophical” spinning class. “Your heart rate will be amplified so you can actually hear your own heart as you have a live performer/spinning coach taking the class on a traditional gym experience which then morphs into quite an intense reflection of your own mortality,” says Sonnen.

Complementing these physical installations and screenings is new online work. “The whole world has moved online…That has created a really beautiful new landscape for digital artists to connect with a much wider audience,” Sonnen suggested. ”There is only so much Netflix you watch at home.”

He points to works like immersive artist Lance Weiler’s Where There’s Smoke, which started as a physical installation but has now been adapted and made into a collective online live performance, as examples of artists rethinking their practices during the pandemic.

“By taking the fact the audience is stuck in their own living room behind their laptop, it opens up the possibility of a shared intimacy between participants which distorts Zoom fatigue and create a new type of experience that is quite remarkable,” Sonnen suggests of a silver lining of the pandemic.

To outsiders, though, VR and interactive storytelling can often still seem esoteric, pretentious and off-putting. If you don’t have a VR headset, you can’t always participate.

Sonnen acknowledges, “You could say that for the last eight years, VR has been stuck on the verge of becoming mainstream. Artistically, the medium is advancing at tremendous pace, but still only very few people have headsets at home.”

For Sonnen, it is a point of principle that DocLab is accessible to everyone and its offerings wouldn’t be accessible only to those with headsets and inside knowledge. “We actually looked for a digital platform that you can access inside your browser as our main social hub and online exhibition space,” he says. “Those with a headset can watch the VR programme at home from anywhere in the world. But we are so happy we can still offer the audience in Amsterdam the opportunity to continue to come to our screenings and performances even if they don’t have a headset.”