Birmingham-set film follows a second-generation immigrant who embarks on a road trip to find a legendary French painter. 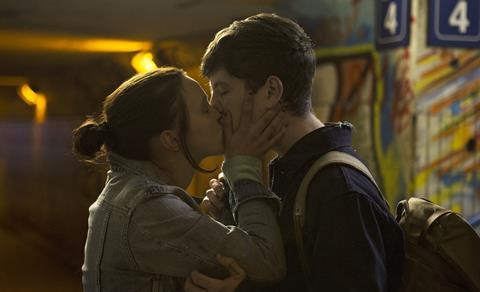 Light Thereafter is the latest project from director and visual artists Konstantin Bojanov, who’s previous feature was Avé in 2011.

The film is from F&ME (UK) in collaboration with Multfilm and Left Field Ventures, with Latido Films handling sales. We spoke to the director ahead of its screening at Rotterdam.

I must have been sixteen or seventeen, an undergraduate art student in Sofia, when I first attempted to write a script. I don’t remember what it was about, all I remember is that I badly wanting to make films but had no idea how to begin. Later, as a student at the Royal College of Art in London, I spent most of my time at the photography and film departments. During that time, I continued to write scripts for short films - very naive ones, I still remember some of them. Simultaneously I began making single and multi-screen video pieces, which were subsequently exhibited in galleries and museums. The first film I made for the big screen was in 2001. It was a short documentary called Lemon is Lemon.

What was your inspiration for making Light Thereafter?

One sleepless night I was listening to This American Life, a radio show I am addicted to. The featured story sent me back to my early teens, when, fed up with how “phony” everything and everyone was, I decided to quit art school and move to a remote village, where a painter I idealized at the time had lived decades earlier. Somehow I imagined that by living there, through osmosis, I would absorb some of his greatness. The memory of this episode gave me the idea to write a story about a Holden Caulfield-like character who sets to look for his idol, a painter living in seclusion, not unlike J. D. Salinger.

The project was developed independently of development labs. It took various twists turns - some right, some wrong - but ultimately in the editing stage I return to my original idea - a film that reads as fragmented memory and not as a linear story.

With everything I do, the biggest challenge is my own limits, of which I am fully aware, and constantly confront in my painfully impossible quest for perfection. Apart from that, the production resembled that of Apocalypse Now on a miniature scale. If there was something that could have gone wrong, it went wrong.

Light Thereafter is in many ways a continuation of existential themes prevalent in my previous films Invisible and Avé.

I have one project in financing called Your Eyes - a tragic love story between two teen prostitutes in Southern India; and another one called Nights and Day - the story of a mother and her gay son, who relocate from the countryside of Bulgaria to Sofia, which is in script development.