Joss Whedon, Much Ado About Nothing

Ian Sandwell talks to Joss Whedon about his adaptation of the Shakespeare classic Much Ado About Nothing. 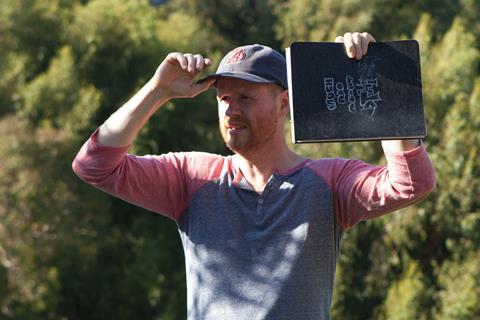 You’ve just completed principal photography on one of the most anticipated superhero films in recent memory, so what do you do? If you’re cult hero Joss Whedon, you indulge in your passion for a certain English playwright.

Shot in just under 12 days, Whedon’s delightful black-and-white take on the Shakespeare classic Much Ado About Nothing has been a hit on the festival circuit and lands in UK cinemas on June 14 through Kaleidoscope Entertainment.

Given when it was made, would Much Ado exist now without Avengers? “My wife [Kai Cole] and I started Bellwether Productions in order to do micro-budget films and we always knew we wanted to do Much Ado and with Amy [Acker] and Alexis [Denisof] at the house,” explains Whedon.

“Had I not done Avengers, it might have happened sooner or it might not have happened, I don’t have an alternate reality machine. Certainly, Avengers motivated her [Cole] to motivate me. She said ‘I think you need this now’ and she was not wrong.”

Whedon believes Much Ado to be the most accessible to people who don’t watch or read Shakespeare and feels the one house setting lends it a “visual coherence”. And despite having never shot a film that he hadn’t scripted and the first time being a text personally considered “sacred”, the process of adapting the text proved a “lovely experience”.

“The fun of making a Shakespeare film isn’t just getting out all the big speeches that you love, it’s making the connections. It’s finding out the modern version of what they’re going through is and it’s finding out what everybody in the cast is up to,” believes Whedon. “I think the biggest mistake is people thinking it’s a two-hander, it’s all Beatrice and Benedick and everybody else is filler. I think, no, actually everybody is important to what [Shakespeare] is doing with the narrative.”

So was there ever a temptation to modernise the text? “Never. The life of the thing is in the words. It’s about the words and I know that people have used the plots in modern ways but for me, I’m a Shakespeare fan,” states Whedon.

And on a dialogue note, sound eventually proved to be the one main issue during the filming, thanks to some unexpected background noises at Whedon’s house where the film was shot.

“The beautiful house overlooking the tree and mountains, there’s a golf course behind it and you know what they do on golf course? They mow… All. Day. Long. And apparently, we’re very close to the airport of Santa Monica. I had never really noticed any of those things,” recalls Whedon. “Sound gave me an ulcer, everything else was just fine.”

Much Ado About Nothing also marked Whedon’s first foray into music scores. Having written music and lyrics for a musical episode of Buffy the Vampire Slayer [the acclaimed ‘Once More, With Feeling’ from series six] and webseries Dr. Horrible’s Sing-Along Blog, necessity gave Whedon an opportunity to flex his musical muscles.

“I felt I’m not going to get this opportunity again and I haven’t made it difficult enough for myself to be adapting, shooting and editing this while I’m making The Avengers, so let’s throw one more log into the fire,” jokes Whedon. “I don’t play very well and luckily I had a great arranger, Deborah Lurie, who helped me through some of the messier sketches that I sent. But I did have a sense of what I wanted to hear and a great and joyous terror at the thought of being the guy to do it.”

So any lessons learnt for the next time? “I found that if I had a cue where I had to be bouncy and happy and then a bit creepy and then suspenseful, that was a piece of cake. If I had to do a long cue that was one mood, I found myself all over the place because the idea of just repeating, it just didn’t sit well with me.

“Also, when to come in and when to go out, as I’ve spotted scores and been very specific since I started, but until you’re the guy and the only guy who has to do it… Luckily the mandate was stay out of the way of the words.”

To deliver those words, Whedon turned to his regular collaborators including the likes of Amy Acker, Alexis Denisof and Nathan Fillion, alongside relative newcomers to the Whedonverse such as Clark Gregg and Jillian Morgese.

Acker and Denisof were among those who had attended Shakespeare readings at Whedon’s house in the past – “Amy and Alexis had put their stamp on it and I couldn’t imagine doing it with anyone else” – while Morgese impressed on the set of Avengers as an extra.

“We spent some time talking and she has a great composure and a great sense of self that is not entitlement, it’s just a great self-possession and I thought this is the person who really could be Beatrice’s cousin,” enthuses Whedon. “It’s not like I lack for ingénues in my stable and they’re all wonderful actresses, but I thought she has something that’s a little bit different that will play really well, and I was not disappointed.”

Whedon is intrigued to see how Much Ado About Nothing will play out to an audience other than a festival one (“I think people do enjoy it and it’ll be interesting to put it out to people who don’t know who any of the actors are”), but following its release, it’s hard to ignore the other film in Whedon’s near-future.

“Between Avengers 2 and SHIELD [TV series], everything else I’m working on is very long-term. I don’t want to put any more projects on my plate. I do that too often and in the case of Much Ado, it was a grand notion, but now it’s time to just settle in.”

Much Ado About Nothing is out in UK cinemas on June 14 through Kaleidoscope Entertainment.