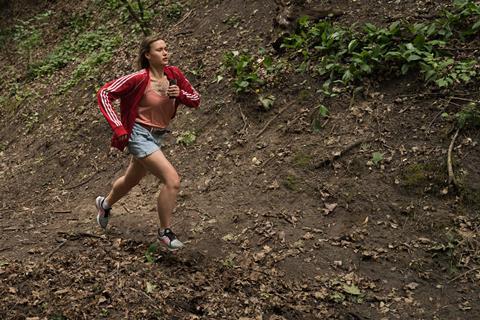 Screening as part of East of the West competition at the 55th Karlovy Vary International Film Festival (August 20-28), Runner is the second feature from Lithuanian filmmaker Andrius Blaževičius.

It focuses on Maria (Žygimantė Elena Jakštaitė) who is frantically searching for her boyfriend Vytas (Marius Repšys) after he suffers a psychotic episode. As she runs through the streets of capital city Vilnius, desperately piecing together clues as to his whereabouts, she is forced to confront her own fears and anxieties and the limits of the love that she feels.

Runner is the follow-up to Blaževičius’ debut feature The Saint, which premiered at Busan in 2016. It was produced by Lithuanian outfit M-Films with Czech-based Bionaut co-producing, and financed by the Lithuanian Film Centre. UK-based Alief is handling sales. 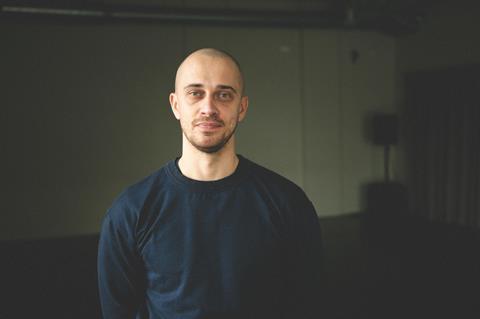 Where did the idea of Runner first come from?
Andrius Blaževičius: This story, a young woman who is trying to save her boyfriend, seemed to be a good foundation on which I could build something that was interesting to me – themes of personal freedom, love, control and sacrifice.

Tell us about Jakštaitė’s performance as Maria
Jakštaitė did a great job portraying Maria – the European Shooting Stars award [in 2021] is well deserved. She invested so much to build this character. It was a physically demanding role as well as emotionally challenging. Bearing in mind that it was her first main role in her career, her performance looks even more outstanding.

Your previous film The Saint could be described as a work of social realism, but in Runner there is also a hint of surrealism, reflecting Maria’s situation?
I think the majority of people turn to God or something metaphysical during hard times. The camera in Runner is always close to Maria. During the film she starts paying attention to things she probably wouldn’t notice in different circumstances. Those things start to look supernatural: for example a homeless dog who seems to be following her all the time.

I heard lots of stories from people who had experienced something supernatural. Those encounters were magical, but the surrounding and the context in which they happened were very realistic. So I wanted to do something similar in the film. I knew this could be very risky because not everyone is used to this approach.

Does the film represent a view of the mood of a country as much as it is a story of individuals?
The banal truth is that in every relationship there are compromises we need to make. Sometimes those compromises are sacrifices. And sometimes these sacrifices mean you victimise yourself which can transform into a silent tyranny. These are very complicated psychological dynamics. It is hard to draw a clear line between sacrifice and the need to control. East Europeans might have a tendency to blur those lines in everyday life as well as in politics and society.

Marius Repšys plays a character called Vytas, just as he did when played the lead in The Saint. Is that just a coincidence or is there a specific connection between the two films?
It is not a coincidence. Both The Saint and Runner are films about love. The first one is a story which is set in the province of Lithuania, the second in the capital of Lithuania. The first one is a film about love and crisis, the second one deals with love and freedom. I call these two films a love diptych. I really would like Marius Repšys to play in every film of mine in the future and I’d always want to call him Vytas. I’d like to observe Vytas in different lives, different styles, different characters. Vytas is my life project.

Lithuania is a relatively small country. How easy, or difficult, is it getting the money together for a project such as Runner?
The Saint was successful in Lithuania, so it helped to finance Runner as the Lithuanian Film Centre already had trust in us. But the competition for financing is getting harder every year. Lots of young, new and talented directors emerge, so our film centre definitely needs a bigger budget.

During the pandemic things became even more complicated because people in Lithuania don’t go to cinemas as they used to. There is lots of fear that it will never be the same. We don’t have local streaming platforms which could buy films for decent prices. So now we can’t achieve the usual numbers at the box office and no decent sales deals with local streaming platforms.

What do you think the country does well for its industry and how could it be more supportive?
These days, the Lithuanian Film Centre does a great job in supporting debuts. Ten years ago, it was much harder to make your first feature and the whole financing system seemed inefficient. Now it is functioning quite well. Of course, we would need bigger budgets in general. The salaries of Lithuanian directors or screenwriters, compared to other European countries, are too small. Also we have limited sources of financing: the Lithuanian Film Center and our tax incentives scheme.

I suppose the Lithuanian national broadcaster could play a bigger role in financing. It seems that almost every EU country has more financing sources than we do. But I think the situation is getting better for us every year.

What will your next film be?
It’s too early to share something very specific. But it’s definitely going to be about love and life in Lithuania. The leading character will be named Vytas and be played by Marius Repšys. There will also be a dog playing an important role. I just love dogs so much.