Liliana Torres talks drawing on her own real-life heartbreak for docu-drama ‘What Went Wrong?’ 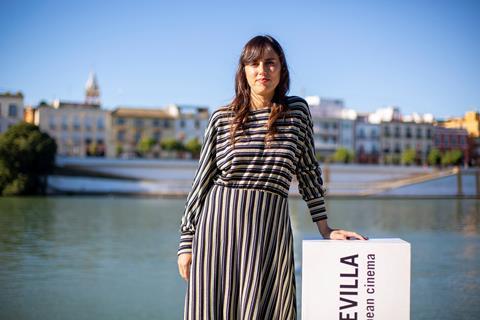 The thrill and heartbreak of falling in and out of love have been a constant source of inspiration for filmmakers. Spanish director Liliana Torres is no exception although her second feature What Went Wrong? (¿Qué hicimos mal?) takes the less travelled road of turning the camera onto her own love history, documenting the stories that went wrong in a film constantly plays with fiction and documentary

What Went Wrong?  is screening as a world premiere in competition at the Seville European Film Festival (November 5-13) this week,

Torres studied film directing at the Catalan film school ESCAC and specialised in documentary during the years she lived in Mexico. She also has experience as a producer and editor. As a director, she has made well-received shorts Anteayer (2005) and Quince años (2012), and the documentary Hayati (2018), co-directed with Sofía Escudé.

She made her debut feature Family Tour in 2013 when she returned home from Mexico “with almost nothing” in terms of financial support, as Torres herself recalls. That first fllm was inspired by her own family and with What Went Wrong? Torres decided again to use her life as a source of inspiration, but taking it a step further: she stars in her own quest to trace the reasons behind her past romantic relationships and interviews old boyfriends in Barcelona, Italy and Mexico.

What Went Wrong? is a co-production between Isabel Coixet’s Miss Wasabi Films, Avalon and Matriuska Producciones in Spain, and Mexico’s D-Raíz Producciones.

Why have you chosen to use such personal source material in your work?
It was quite a natural process  as I realised that at this point in my life I had had several meaningful relationships. With men with whom I had shared a home and were important to me but afterwards had ceased to be. This had led to new relationships and that made me reflect. And not just in my case. My friends have had very similar experiences. I decided to explore it.

The film is reminiscent of Jim Jarmusch’s Broken Flowers, a road trip to locate old flames.
Broken Flowers was actually one of the references I quoted in the financing stage of the project. My film also has an episodical structure, but the character played by Bill Murray and the one I play are in very different moments in their lives. My other references were Woody Allen’s Annie Hall and Sarah Polley’s Stories We Tell.

How did you decide to balance the documentary and fictional elements of the story?
Some of my ex-partners are on-camera, others answered the questions I gave them, but actors played their parts because they didn’t feel like being in the film. Some supporting characters are friends of mine in real life, like the ones in Mexico. The part that is the most fictional is the one set in Galicia, the one that portrays the crisis in the couple at the beginning of the film that pushes my character to go and try to find answers to why previous relationships went wrong. This part is nurtured by my own experiences but is set up as a fiction. Mixing documentary and fiction is something that comes naturally to me, that is not really premeditated.

What was the biggest challenge of making this film?
Without a doubt, being in front and behind the camera. Not because of fears of lack of perspective when it came to keeping things in or out, but because of the emotional challenge it entailed. I couldn’t use the technical resources of an actress when it came to playing myself in situations that concerned me directly, that were real. I felt very vulnerable, and this took a toll both physically and emotionally during the shoot.

Do you plan to draw on your own life again for your next project?
Absolutely. I’m drawn to topics that have to do with women’s stories, our psyche. And the same is true for the film I’m now writing. This time about women, like myself, who have decided not to have children and the clichés and pressures we have to deal with.