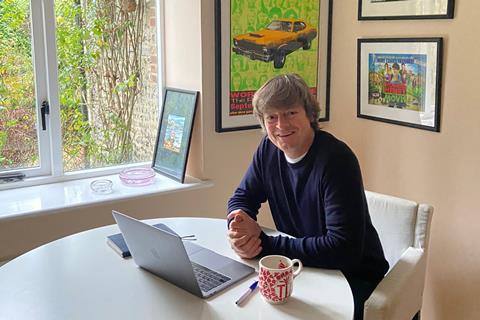 In a year that tested even the most powerful film distributors, the UK’s Vertigo Releasing stood out from the pack with a surprise smash hit.

As studios virtually abandoned theatrical releases in the wake of the first lockdown and cinemas faced the prospect of re-opening with almost nothing in the way of new titles, Vertigo Releasing CEO Rupert Preston heard the call and answered it. Aware there was a desperate need for family films, as theatres prepared to reopen in July, the London-based distributor swooped on the rights to Australian animation 100% Wolf from German sales agent Studio 100.

The story of a werewolf who unexpectedly transforms into a poodle, the film was directed by Alexs Stadermann, whose Maya The Bee Movie topped $28.6m at the worldwide box office following its release in 2014.

Despite there being little in the way of initial awareness for the title, 100% Wolf increased its box office takings in the UK for four consecutive weekends after opening on July 31 and is still in cinemas, taking £1.49m to date. Of the films released post-lockdown, it is the fifth best performing title in the UK, only behind Tenet, After We Collided, Unhinged and The New Mutants.

Screen spoke to Preston for the latest in its new Local Heroes series, highlighting distributors, exhibitors and independent cinemas that have remained bold advocates for the big-screen experience during the virus crisis.

When and why did you choose to acquire 100% Wolf?
We acquired rights for the UK in June. We’ve had a lot of success over the years with family and animated films, such as Top Cat in 2012. But it became really clear to us that there were no family films being lined up for release in the cinemas over the summer, as studio product was moving out.

As an independent, you’re always looking for a gap in the market. Normally in the summer, we’d offer counter programming such as cool, indie movies or films for an older audience. We wouldn’t touch mainstream, multiplex movies because they’re normally hard to get into cinemas in the summer. But the message from exhibitors was loud and clear, they needed films. Here was a massive opportunity so we grabbed it. 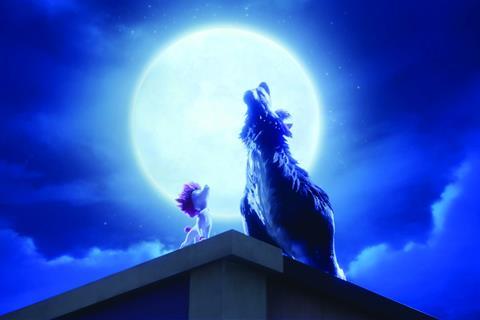 What was it about the film that you thought might make it popular with audiences?
It’s about a werewolf that turns into a poodle. What more do you need to know? [laughs] We knew it was a high-quality, animated movie that is under 90 minutes long, which meant cinemas could show it several times a day.

How did you market 100% Wolf with so little time between acquisition and release?
Crucially, the marketing materials that were delivered to us were great so we were able to turn things around much quicker than usual when putting together a campaign. We originally looked at releasing it on July 24 – meaning we had four weeks – but many cinemas chose not to open until July 31 so we had to push it back a week.

In terms of selling it to audiences, it was very exciting because the rulebook was torn up. The classic ways of marketing a family film weren’t there. Normally, you’d be playing trailers for months in cinemas and there’d be posters, a TV campaign, the word. But this, in the time we had, was a digitally-led marketing campaign, targeting parents mainly on Facebook, Instagram and YouTube, with the message that the film was opening. A PR element ran alongside, with the likes of reviews, but the normal methods were not in play. However, it was one of those moments when the stars aligned and it all paid off.

Can you talk about the growth of the film over its first month in cinemas?
There was an organic element as more cinemas opened over the weeks and here was a film that was in the marketplace and working. If you were a cinema that was opening during the summer holidays, you needed films for families so there was a natural appetite for 100% Wolf. We opened on 146 screens. By week three, we were on 270 with takings nearly 150% on the opening weekend. I knew then that we were in good shape and by week five we were in more than 450 cinemas.

How do you react when you see the figures going up like that?
It’s two-fold. The first is to work with exhibition to maximise the number of shows they’re playing, on which they were very supportive due to the running length. The second was to keep pushing it, spending on digital, and ensure it stayed in people’s minds.

What has the success of 100% Wolf meant to Vertigo?
Every independent distributor needs a 100% Wolf every so often, that’s for sure. It has been an incredible, unusual time in many ways. Usually, the summer proves the most competitive in terms of keeping films in multiplexes because of the sheer pressure on screens to play big movies but this year allowed movies to play for longer and audiences were allowed to grow. It’s certainly been our biggest theatrical success for several years.

It also wasn’t your only success of the summer, with Matteo Garrone’s Pinocchio taking more than £840,000.
Yes, we acquired Pinocchio in July [from HanWay Films] and released on August 7, which was an even quicker turnaround than 100% Wolf. However, with Pinocchio we had a more well-known brand that played slightly older and the marketing was slightly more review-driven because of an appetite from critics for the filmmaker.

What have you learned this odd year that you might apply to future releases?
The lesson is to expect the unexpected. Things are changing all the time, now more than ever, so it’s about adapting and innovating to those changes, and getting ahead of the curve when you can, rather than trying to catch the wave.

What does your 2021 release slate look like?
We are looking to release between 40 and 50 live-action movies in the UK next year so it is going to be very busy, with films like The Sound Of Metal, which will have a big Bafta campaign around it, and David Bowie film Stardust. But yes, we’re looking to acquire one or two animated titles, hopefully in time for release in February and Easter.