Lumiere Festival: how the film restoration sector continues to expand and innovate 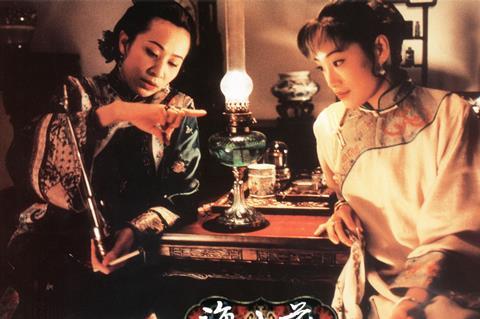 The festival, which runs from October 12-20, is celebrating its 10th anniversary this year. It was set up in 2009 by Cannes Film Festival delegate general Thierry Frémaux in his role as director of the Institut Lumiere in Lyon, the museum and cinematheque devoted to the legacy of local cinema pioneers Auguste and Louis Lumiere.

The festival has since become a reference event for classic cinema lovers, both public and professional, welcoming 171,000 visitors in 2018.

“The cinema world has woken up to the need to preserve its heritage. There are a lot more restorations taking place and bodies getting involved in this work,” says Vincent Paul-Boncour, co-founder of Paris-based Carlotta Films, a leading distributor of classic cinema in France. He adds that in parallel, more effort is being put into making these restorations re-exist on the big screen, noting, for example, that the Cannes Classics sidebar had not been set up when he co-created Carlotta Films in 1998.

Carlotta Films will be among many classic film distributors in Lyon this year. Titles from its upcoming slate in the selection include Hou Hsiao-hsien’s 1998 drama Flowers Of Shanghai as well as Noé’s remastered Irreversible (2002) and re-edited Irreversible — Straight Cut.

“Shanghai International Film Festival restored [Flowers Of Shanghai] and premiered it at the last edition in June,” he explains. “We’ve taken French rights and will re-release it. Its French premiere at Lumiere Festival will help boost visibility.”

UK and France-based sales and distribution company Park Circus, which represents 25,000 back catalogue titles in partnership with a number of studios including Sony, MGM and 20th Century Fox, will also be out in force at Lumiere.

“We’ll have 12 titles in the festival, most of them related to special tributes,” says Mark Hirzberger-Taylor, CEO of Park Circus. Coppola will be in town for The Godfather trilogy, McDormand for Fargo and Sutherland for Ordinary People.

“The [classic film] sector is still in its infancy in many ways and can only grow, especially as new digital restoration techniques develop,” Hirzberger-Taylor adds.

This growing interest in heritage cinema does not necessarily result in greater revenues. “The boomerang effect is that there are now three to four classic film releases every week, which is a lot for the market to absorb, especially at a difficult time for non-mainstream cinema generally,” says Paul-Boncour. “A good number for us these days would be 8,000 spectators [a gross of roughly $58,000].”

Classic film distributors need to go the extra mile to connect their re-releases with audiences. Park Circus employs an in-house producer to oversee the production of short films to accompany some of the classic titles on its slate. One of these in-house productions, Matt Wells’ short documentary Never Just A Dream: Stanley Kubrick And Eyes Wide Shut, played at Venice this year, preceding an out-of-competition screening of Eyes Wide Shut.

In another innovative operation, Paris-based company Capricci is running a crowdfunding campaign aimed at financing a DVD and Blu-ray box set of eight remastered films by Japanese director Kenji Mizoguchi. Under the scheme, crowdfunders pay a reduced price of $93 (€84.95) for the box set, which will go on sale on November 5.

Camille Pollas, head of the department overseeing publications and DVD/Blu-ray collections at Capricci, says the initiative helps finance the production costs for the box set at the same time as promoting it and gauging the amount of interest.

The importance of DVD and Blu-ray as a means of diffusion for classic film will be one of the topics under the spotlight in the programme of Lumiere’s Marché International du Film Classique (MIFC) market.

“We will be exploring the special attachment classic cinema lovers have with the DVD and Blu-ray at a time when their future is not certain,” says MIFC head Juliette Rajon. “It’s a subject close to Thierry’s heart as he is an enthusiastic collector himself.”

Further highlights include a keynote talk by Peter Becker, president of New York-based classic cinema label The Criterion Collection, which launched its own streaming platform, The Criterion Channel, in April.

“The Criterion Collection is an emblematic collection while Peter is a person of reference for the sector,” says Duchaussoy. “His company’s independent, 360° model is an interesting one for us to learn about here in France.”