Horror is cinema’s most enduring genre, with films able to travel more widely than other genre fare - and provide solid box office on lower budgets. 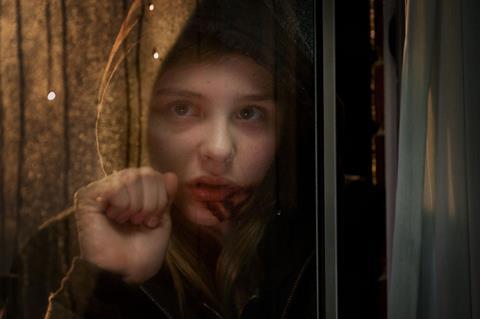 Horror movies are cinema’s venerable and enduring genre favourite. Scary films account for a consistent 8%-9% of box office over the past five years, with recent big hitters including romantic vampires in The Twilight Saga: Eclipse, mercenaries versus monsters in Predators, a mutant experiment gone awry in Splice and a toxic catastrophe that foments The Crazies.

And horror is scaring up big box office globally. Where a decade ago the norm was for better grosses in the domestic arena, today most scary movies see their best box office in the international marketplace.

Horror may involve frights from man, monster, the elements - or other spectacular sources - but they can be produced on a comparatively shoestring budget. The genre’s financial appeal is small investment with big returns.

In recent years it has created big dividends for such low- to no-budget films as Open Water, Paranormal Activity and the Saw franchise. In 1999 The Blair Witch Project became the best cost-to-return movie in the history of cinema, taking $250m worldwide from a $200,000 budget.

Blair Witch and The Twilight Saga aside, most horror films do not become giant box-office hits. But compared to some other genres, horror can transcend cultures and borders relatively easily. When Francis Ford Coppola made Bram Stoker’s Dracula in 1992, the studio marketing department fretted the film would not work in Japan as the territory had no vampire mythology.

The experts were proved wrong, with only Germany providing a bigger box-office gross internationally. On the heels of that Dracula’s success, Japan’s fantasy writers created a series of vampire books, several involving teens with fangs.

The appeal and consistency of the genre is startling. Successful horror films generate comparable results whether a country has a home-grown tradition of making horror movies (like Thailand or Mexico, for example) or not (as in Brazil or India). They are also ideally suited to the current stereoscopic vogue, as has been demonstrated by My Bloody Valentine and the initial response to the horror spoof Piranha 3D. And the films spawn highly profitable franchises such as A Nightmare On Elm Street, Texas Chainsaw Massacre and Scream, as well as such remakes as The Omen and Black Christmas.

While the genre is dominated by US productions, films from Asia and Europe have also been successful on a global basis. Indeed, the horror market is a democratic playing field with films from the UK, Italy, France and Japan historically finding global acceptance - recent hits include The Host from Korea, Spain’s [Rec] and those ever-present bloodsuckers popping up in the frigid expanses of Sweden in Let The Right One In. The Orphanage from Spain was only recently usurped as the top-grossing foreign-language film in North America of the past five years.

The US is also a voracious consumer when it comes to remaking blood curdlers from abroad. Asian fare such as Ring, The Grudge and One Missed Call has been popular of late, and Matt Reeves’ Let Me In, which transfers Let The Right One In to the Midwest, opens in the US on October 1.

Little has changed since the Mélies brothers unveiled The House Of The Devil in 1896. Horror derives from threat and subconscious fear as well as sudden loud noises and abrupt editing. It also has a sense of humour with the likes of Bob Hope and Dean Martin and Jerry Lewis camping up the haunted-house yarn and paving the way for the Wayans brothers’ recent Scary Movie franchise that put the pin in everything relating to the genre.