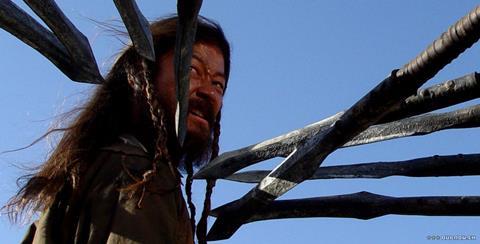 Mongolis the epic tale of the youth and bloody rise to power of Genghis Khan, and tells the mythic prequel to the warlord’s conquest of much of the Eurasian land mass. Sergei Bodrov’s drama about nomadic dynasties fighting for power in the vast landscapes of Central Asia tells its story primarily through images and violent action, so subtitles should not be a barrier to its reaching aUSaudience. The movie should have a natural foothold in the large US, Chinese and Russian markets. Cinematography that is, at turns, dazzling and serene, should win fans among cinephiles. There is also a novelty factor in its introduction to an isolated part of the world rarely seen on screen. A stunning canvas, the film points to what global collaboration can achieve in producing such a grand project.

Opening scenes from the late 1100’s take us into the life of nomads in a state of constant war, where alliances shift with every battle and dominion ends when a ruler dies.

Everyone seems ready to avenge a grudge, and that is just what happens. A ruling leader, Esugei (Ba Sen) is poisoned after refusing to violate a code of conduct by having a servant taste a drink offered by a rival, and the poisoned ruler’s wife and son, Temugdin, are then betrayed by their father’s next-in-command. Hardship, war, kidnapping, and a final decisive battle follow, until the adult Temudgin (Tadanobu Asano), who is now known as Genghis Khan, establishes his authority.

Mongol is dramatic history that moves from tactile hand-to-hand fighting to dreamy meditations on the mountains and broad valleys of Mongolia. It is also an adventure story, as young Temudgin, marked for death by his father’s successor, eludes the men who have pledged to kill him. Men are judged by duels and battles. On the treeless steppes, hiding is not an option.

Director Sergei Bodrov (Prisoner of the Mountains) approaches his story as a mythological epic in which characters live and die by chance as much as by courage in the unforgiving landscape. At times, Mongol looks like a Western. At other times, its leather-clad warriors also evoke the battles of Norse mythology. Mongolian guttural singing wafts through the film like a dirge.

Performances in the script co-written by Bodrov and Arif Aliyev lift Mongol above the standard fare of bloody quarrels between warring clans. As Temudgin, Tadanobu Asano brings a balance of courage and fatalism to his role as the future Khan. His ruthless adversary, Tartugai (Amadu Mamadakov) underscores the fragility of life among tribes whose cultures are founded on war.

First-time Mongolian non-professional Khulan Chuluun brings extraordinary nuances to the role of Borte, Temudgin’s wife, who selects her husband at a young age and can handle a knife as well as he can.

Deadpan observations on blood and murder are disarming, and lighten what might otherwise be an ominous tone. ‘You can’t cook two ram heads in one pot,’ observes one woman, remarking on the inevitability of two leaders fighting instead of sharing power. The audience, after an instant of hesitation, was in stitches.

Cinematography by Sergey Trofimov and Rogier Stoffers is grand and august when needed, but delicate in interiors and especially dramatic on the faces of the cast.

Costumes here by Karin Lohr have a weathered virtuosity, especially the fearsome masks worn into battle by a rival clan, the Merkits, who kidnap Borte and launch one of the epic’s many wars.

Mongol makes vivid drama out of sparseness in the grandest of landscapes, leaving you with the daunting prospect of the empire that Genghis Khan would vanquish with the same horses and swords. It is just what an epic should be.