More than an awards show: behind the scenes of the Golden Globes

Beyond being the body behind the Golden Globes, the Hollywood Foreign Press Association doles out substantial charitable and philanthropic funding to a variety of organisations. 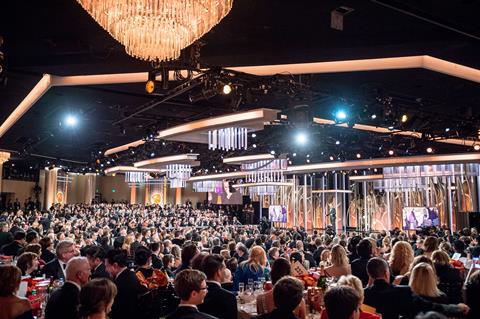 The Golden Globes have been described as the “fun-loving, inebriated cousin” of the Academy Awards, and in contrast to the Oscars, the Globes ceremony is certainly more informal. Awards are handed out over dinner and they are more populist, bringing together film with television, and helping to draw in the all-important television audience.

Now celebrating its 76th year, the awards are voted for by members of the Hollywood Foreign Press Association (HFPA), which has 88 active members from around 56 countries. “I kind of like the fun-loving description of it,” says Mumbai-born HFPA president Meher Tatna who writes for The New Paper in Singapore and has been a member since 2002. “We are lighter-hearted than the Oscars. We’re not the establishment show. We have dinner, the champagne is flowing, and it just makes for a great party atmosphere.”

The HFPA was formed in 1943 by foreign journalists working in Hollywood who banded together to present a more organised front, so gaining better access to talent. The first prizes were handed out the following year over lunch at 20th Century Fox — winners included Jennifer Jones and Paul Lukas. Now the Globes forms part of a three-hour televised spectacular. The 2019 ceremony will take place at The Beverly Hilton in Beverly Hills on January 6, and will be broadcast live on NBC in the US. The ceremony has also been sold to broadcasters including Canal Plus for France, Viacom 18 for India and Turner for Latin America.

With such a small but influential voting membership — by comparison the Academy has more than 8,000 — the HFPA has, over the years, come in for criticism from other media outlets about perceived preferential treatment swaying its decision-making. Given their position at the forefront of the awards season, the Globes is often seen as a bellwether for the Oscars, although, in practice, the winners often do not match up, particularly since the Globes divides best picture, actor and actress categories into drama and musical or comedy.

Last year, Three Billboards Outside Ebbing, Missouri won for best drama and Lady Bird for best musical or comedy. Although both were nominated for best picture at the Oscars, the eventual winner was The Shape Of Water, also nominated in the Globes’ drama category (Three Billboards won best film at the Baftas). Instead, it is perhaps more about momentum, giving real heat to films and performances that might otherwise have been considered borderline awards contenders.

“It gives you an avalanche of press to help you position your film for the Oscars,” says one respected awards campaigner, who wished to remain anonymous. “They [the HPFA] are looking at movies that are in the conversation. They’re looking for their own relevancy and generally aren’t looking back at movies that opened earlier in the year or that people have forgotten.”

The awards expert notes that the upcoming Globes ceremony takes place on January 6, the day before Oscar nominations voting opens (the Academy’s final ballot starts on February 12). “If you notice the corridor, you have got the National Board of Review and the New York Film Critics Circle announcing their winners, followed by the Globes announcing their nominations [on December 6],” they add. “Everyone’s trying to elbow their way in to saying they’re the precursor for the biggest show on the calendar [the Oscars].”

“Everybody votes on everything,” says Tatna of the Globes nominations process. “We create what we call ‘a reminders list’, which is a compilation of every single movie and every single TV show that was presented to us, and we use that to do our nominations. Every active member votes for the nominations and then there’s a second round for the final.”

Occasionally, the drama/musical or comedy split results in some questionable category choices. Most recently Get Out was nominated for best comedy or musical — a decision that surprised many, not least writer/director Jordan Peele. “The Oscars just accept the way that the project is submitted,” counters Tatna. “We do things a little differently, in the sense that we discuss a category submission — all our members do — and then it takes a certain percentage to overturn it.”

Even so, Tatna admits the HFPA has made mistakes in the past. “But we really do our best to find the fairest fit,” she says. “And there’s a lot of discussion and a lot of hot words before we finally make a decision. We get some flak sometimes. We try to do it the best way we can.”

One area in which the HFPA particularly excels is its charitable and philanthropic work. It hosts an annual Grants Banquet and, over the past 25 years, has donated more than $33m in grants to non-profit and educational entities and entertainment-related charities, through scholarships for underrepresented students, equipment and upgraded screening rooms. Among the beneficiaries are Women In Film, New York’s Museum of the Moving Image, the Sundance Institute and the Los Angeles County High School for the Arts.

The HFPA also provides substantial funds for film preservation and recently joined with the Lumiere film festival in Lyon, France, to help restore 300 short films made by the Lumiere brothers. In addition, the HFPA partners with The Film Foundation to restore a classic movie annually. “This year we are working with Alexander Payne on a silent movie,” says Tatna.

On top of that, there is a series of humanitarian grants the HFPA announces in Cannes. This year, in association with Participant Media, it awarded $500,000 to the Kailash Satyarthi Children’s Foundation, a non-profit organisation dedicated to ending violence against children, founded by the Nobel Prize winner. “It started in India,” says Tatna, “but [it’s] a worldwide movement and this is something we felt strongly about. We also gave money to RAICES, the organisation that reunites children and their families that have been separated at the border because of the [US] administration’s no-tolerance policy.”

And finally, at this year’s Golden Globes, the HFPA announced two grants of $1m each for the International Consortium of Investigative Journalists (ICIJ) and the Committee To Protect Journalists (CPJ).

“CPJ helps journalists who are incarcerated, tortured, accused of being terrorists and fake news. And ICIJ was responsible for the Panama Papers and the Paradise Papers,” Tatna explains. “Going forward, I’m hoping we will continue to make such grants at every Golden Globes.”