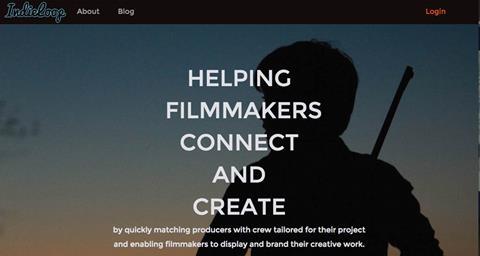 Incubated through New York University’s Cinema Research Institute and its Launchpad Accelerator for start-up ideas, IndieLoop seeks to apply the same peer-to-peer ‘sharing economy’ principles that made Airbnb a global phenomenon. Much like that couch-surfing service, IndieLoop is a trusted community marketplace for film-makers to find the right crew and affordable equipment. A key selling point is the ability for freelance film-makers to both brand themselves and share their portfolios of work.

An NYU graduate film-maker herself, co-founder Dagny Looper sees many parallels between film producers and entrepreneurs: “Both must charge forward in a single-minded belief that their product will find value in a seemingly saturated marketplace, often with no monetary payout unless they find large- scale success.”

Now in beta-testing across the indie film community of New York, IndieLoop stumbled on a disconnect in the way that freelancers present their skills, particularly early on in their careers. “Asking a film-maker to describe themselves would inevitably lead to the aspirational description, which often differed substantially from what they actually do to earn money. As so much of art and film is about perception, in order to make freelancing in film more sustainable we must give film-makers an appealing option to find sustainable work without marring their ability to represent themselves as ‘aspirational’. After all, that’s why they went into this crazy entrepreneurial world in the first place.”