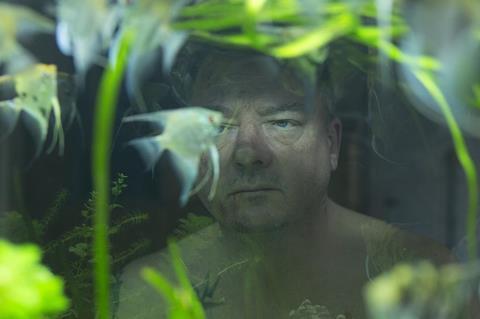 A Heavy Heart received its world premiere at the Toronto International Film Festival in September and is available for US distribution. Director Thomas Stuber earned a student Oscar for his 2012 short Of Dogs And Horses.

Jeremy Kay: What is A Heavy Heart about?

Thomas Stuber: It’s a film about an ageing boxer who once was something of a star in the GDR [East Germany], which no longer exists. He now makes his living being a bouncer and debt collector, so he’s in a certain environment on the edge of society and has a prodigy whom he teaches boxing. He finds out he’s going to die from a muscle-wasting disease [ALS]. In the time he has left, he’s trying to sort things out that went wrong in his family.

It’s not your typical boxing film, then.

There is boxing in the film but it’s about more than that – boxing is only on the surface. It’s a drama about how life ends in a short period of time and you step off the stage. [It asks] what do we leave behind and these sorts of big questions.

What drew you to Peter Kurth?

There are not many male actors who have this kind of physique. He has a great face and fits into that environment. Peter in the end was the only able to use his eyes and for that a great talent was needed.

You say it took time to earn each other’s trust.

I asked him to gain weight [Kurth put on 33lbs] and take boxing classes. That prep took about half a year. We shot in chronological order because you lose your muscle and weight from this disease. He lost the same amount during the shoot through diet and exercise.

I asked him if he could do that and he was like, “Who is this young director who wants these things from me?” It took us a while to shake hands. It was about building trust. Once we were shooting, we were a great team.