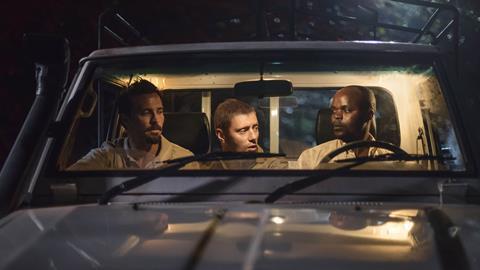 Wendy Mitchell visits the set of Congo, Marius Holst’s upcoming film based on the controversial true story of two Norwegians who were imprisoned for murder in Congo.

It’s sunny outside, but dark in a ’bush pub’ near Cape Town, South Africa – the scene is set with flashing Christmas lights, crates of Ugandan beer, a dozen stray dogs wandering around and hippies playing guitar outside – and at the barstools people are arguing about the complexities of Central African politics.

The pub is real, the beer is fake and the political conversation is scripted – the film team behind Congo is using this location to double for a backpacker bar in Kampala, Uganda, where in early 2009 Norwegians Joshua French and Tjostolv Moland were hanging out and plotting their next move, into the Democratic Republic of Congo (DRC). That would prove to be a big mistake.

French and Moland are now household names in Norway. The two former soldiers were sentenced to death by a military tribunal in eastern DRC after the death of their hired driver in May 2009. They always denied killing 47-year-old Abedi Kasongo, saying they were ambushed by gunmen. 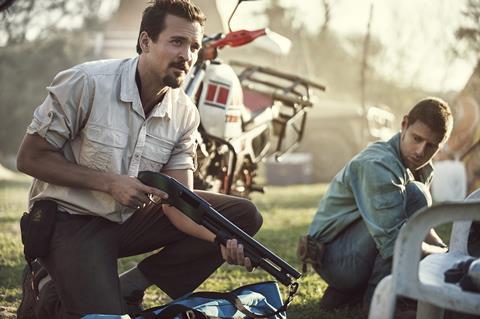 When Marius Holst was approached about directing a narrative film centred on French and Moland, he confesses: “I was sort of hesitant at first. Are these characters you want to spend years of your life with?”

Ultimately, he decided the film could be compelling because of “the challenge to find the humanity behind these headlines”.

“We’re not playing them to be freaks as they were painted in some parts of the press,” the Norwegian filmmaker continues. “We tried to make them human. They are humans who make mistakes.”

The case has been headline news in Norway (and beyond – French is also a British national) since 2009. That’s when producer Christian Fredrik (aka ‘Kifrik’) Martin of Oslo-based Friland (Headhunters, Pioneer) decided the story would make a fascinating narrative feature.

Martin had originally optioned a non-fiction book (Morten Strøksnes’ A Murder In Congo) about the pair’s ordeal; French and Moland heard about the film project and wanted to present their side of the story to Martin and screenwriter Nikolaj Frobenius.

The filmmakers went to DRC starting in late 2011 to meet with French and Moland in prison and hear their account. “That started a two-year dialogue between them and the film team,” Martin remembers. They made three separate trips to interview the pair.

Moland died in prison in August 2013; investigators ruled his death a suicide (his mental health had been in evident decline through years of the trials and imprisonment as he suffered from cerebral malaria) but nevertheless French was later charged with his murder.

When Moland died, the filmmakers thought the project might have to be scrapped. But, says Holst, “Then we started thinking, ’Now it’s a different kind of story, but maybe now it’s even more powerful and important to tell.’”

The two outsiders had met in the Norwegian Armed Forces, but were both kicked out. While living in Uganda in early 2009, they made the unexpected, and perhaps foolish, decision to go into DRC because they said they were researching various business opportunities; some locals had suggested instead that they were mercenaries for hire. Their case was complicated because they were wearing their military IDs when they were captured after the driver’s death. Espionage was one of the charges against them.

”It is a story of two men,” says Holst, an alumnus of London Film School. “It’s the story of a strange friendship, and trying to fit in somewhere else. Trying to find an identity and self-image.”

Holst sees similarities with themes in his 2010 feature King Of Devil’s Island – young men in captivity – although this story is “more complex. We are not portraying them as heroes or victims”.

Actor Aksel Hennie (Headhunters), who plays French, observes: “This can’t just be a movie about ’did they do it or did they not?’ The more interesting thing is that they could have done it. What drives a human being into a situation where it would even be possible? Who are these guys who got into this situation?”

Co-star Tobias Santelmann (Kon-Tiki), who plays Moland, agrees: “It’s about the friendship and who these two people were for each other and as individuals.” 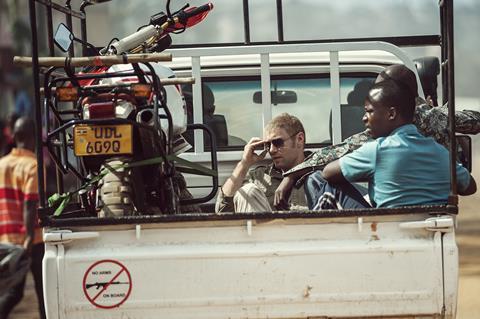 Finding that humanity was crucial to the actors stepping up to take on these complex lead roles. In their earlier friendship, Moland was the alpha male who had more experience in Africa; by the time of the trial and imprisonment, when Moland was suffering from cerebral malaria, their roles had reversed.

Both actors prepared rigorously for the film. As Holst says: “The actors are really committed deeply to their parts. They’ve done so much research, it’s beyond the call of duty.”

Like everybody on set, Hennie has his own theories as to what happened on that fateful night, but he wanted to present French as a more rounded character. “When I am working on a character, I’m not interested in judging. What I wanted to see was what his mindset was.”

“There are so many levels, and the people in this story are fascinating from all aspects,” he adds. “I’ve never done this much research for a role.”

Santelmann relishes taking on such a complex part, but recognises the moral issues behind the film. “It’s an ethical dilemma to be enjoying working on this fascinating project. I can shoot a scene in prison, but [Moland] couldn’t get out of it. He went through this in reality,” he says on a long shooting day.

The pair of actors keep delving into their characters even after each day’s shooting wraps. Sometimes they send suggestions for the next day’s shoot to their director. “They will send me emails at 2am with new ideas,” Holst says.

The research wasn’t limited to French and Moland’s side of the story; the team also conducted extensive research with journalists who had covered the case, and with the driver’s widow and other witnesses and experts in DRC.

The history of white oppression in Central Africa is an important backdrop to the story of these two interlopers. DRC itself provides a rich backdrop, as it has been a place of cultural and political tensions dating back to the days of Joseph Conrad’s 1899 novel Heart Of Darkness. Contemporary DRC has political unrest, corruption and corporate greed. “There are a few scenes that touch upon the white man’s burden, with the colonial oppression and violent history,” Holst explains.

Hennie agrees it’s a story “bigger than these two guys” and he read up on the history of Central Africa, including delving into books like Adam Hochschild’s King Leopold’s Ghost.

He adds that they have had to use some artistic licence in presenting the complicated friendship of these two men. “You can use your imagination in the end. It can never be the full truth, it’s a film. We can’t know how they moved and how they talked behind closed doors.” 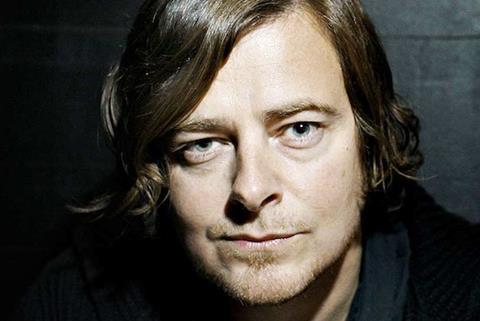 In addition to dealing with such complex themes, logistics were also challenging. Despite working on the film for nearly eight years, it was only safe for Friland to announce the film in May 2017, when French was released for humanitarian reasons and sent home to Norway for medical treatment. To reveal film plans sooner “could have jeopardised his release,” Martin explains.

Shooting the film in DRC would not have been feasible, although the team did research there. South Africa lured the shoot thanks in part to its renowned services and infrastructure and, of course, the country’s 20% tax incentive.

Holst, who has filmed many commercials in South Africa before, plans shoots well in advance but is also open to possibilities that emerge on set. Martin says Holst is “one of the most creatively adaptable people” and is “very open to try things on the spot as time allows… He wants to keep his options open in the editing room.”

Santelmann agrees that Holst gives him a lot of trust and freedom as an actor. “We can do the scene as written but then let the camera keep rolling and do something more intuitive.”

The film had a budget of about $7m for its 43 shooting days. “By Norwegian standards the film is big,” says Martin. “It’s incredible what we can get out of that $7m down here. It’s been a good experience to shoot here.”

Shooting in South Africa meant a crew of up to 150 people, much larger than they would have used back in Europe. But the tax break, lower costs and longer, 12-hour shooting days made it affordable.

“A few heads of department were brought in from Europe but most of the crew was from South Africa,” Martin says. The South African partner was DO Productions, headed by Marlow de Mardt, who has worked on films such as Kristian Levring’s The Salvation.

While in Cape Town, the production was based at a juvenile detention centre in the Ottery neighborhood, where the crew built sets of a DRC prison and courtrooms. The bush pub on a farm near Cape Town doubled for a backpacker bar in Kampala; the jungle scenes were shot in Richards Bay and scenes of life in Kampala, the borders and Kisangani were shot in Durban and its surroundings.

Filming at night in a jungle is never easy, but this was crucial because the sequence depicting the driver being shot had to be very carefully orchestrated. Holst says that scene is the film’s most pre-planned, with lots of storyboards.

Another challenging scene was a courtroom sequence featuring 250 extras, which almost escalated into a riot as some of those extras started talking politics in the stands as they waited.

As Holst says: “It’s the most complex shoot I’ve done in terms of the material and the stakes.”