Rotterdam Tiger directors: Maurilio and Gabriel Martins on 'Heart Of The World' 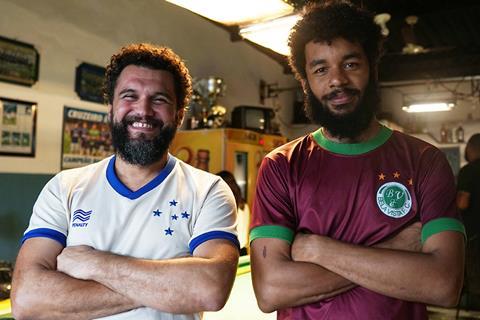 Brazilian filmmakers Maurilio Martins and Gabriel Martins (no relation) both studied film at the Centro Universitario UNA in Bela Horizonte. Maurilio’s short films include Fifteen and Constellations, both of which have screened previously in Rotterdam. Gabriel’s short film Dona Sonia Borrowed A Gun From Her Neighbor Alcides also screened in Rotterdfam, while his most recent short film, Nothing, was showcased in Directors‘ Fortnight at Cannes in 2018. They have now co-directed Heart Of The World (No Coração Do Mundo) a portmanteau film about a group of people living in a poor neighbourhood in the Martins‘ real-life hometown of Contagem and their attempts to improve their lives, varying degrees of success.

Maurilio: The desire to make films came when I watched a short film in high school called Ilha Das Flores by Jorge Furtado. I was 13.

Gabriel: I was always curious about how films were made, the special effects, the lighting and all the magic behind the scenes. I’ve never wanted to be anything else.

What was your inspiration for No Coração Do Mundo?

Maurilio and Gabriel: We wanted to film and portray the place where we were born, the outskirts of Contagem. To frame those faces and places in Cinemascope was a dream related to the one of making films. It was also the natural development following two shorts we made that were set in the same universe, Contagem and Dona Sonia Borrowed A Gun From Her Neighbor Alcides.

How did you develop the project?

We participated in the Work in Progress section at the Buenos Aires Lab, where it received three awards.

Maurilio and Gabriel: To make a movie with a lot of long takes and complex camera movement and a big cast inside a tight schedule and limited budget.

Maurilio and Gabriel: That we have to patiently deal with every specific situation. Also, the importance of having a cast and crew that also love the film and will be very creative in the process.

What are your next project?

Maurilio: I’m filming a feature in July about a vampire that questions his own imortality.

Gabriel: I’ve just filmed my last feature that will be edited in 2019. It’s about soccer, dreams and Mars.