Sarajevo Q&A: Bobo Jelčić on the "crucial issue" in his Competition drama 'All Alone' 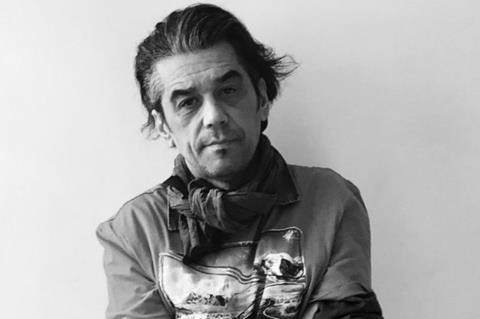 Croatian filmmaker Bobo Jelčić’s second feature film All Alone (after A Stranger in 2013) focuses on a divorced protagonist Marko (Rakan Rushaidat), who is trying to extend his visitation time with his daughter but is isolated in his struggle.

The film premiered to a rave reception in Sarajevo on August 11 and plays again on August 16. Screen’s review described it as a “superb second feature” and an ”elegantly crafted domestic drama”.

How did you come up with this story, and why did you decide to focus solely on one protagonist?

I wanted to reduce the story to one crucial issue. In order to really explore a person’s problem, you have to limit the cinematic time and space so the focus doesn’t get dilluted.

As for the content, it comes from experience. I am divorced and I have experienced similar situations, but this film has nothing to do with my personal life. During research I spoke to many people who had similar experiences and problems, and people who are involved in these processes, like lawyers and social workers, in order to thoroughly explore the subject matter.

How did you shape the film visually and aurally? It feels like we’re seeing it all from the hero’s PoV, even when he is on screen.

I wanted to amplify his intimate drama, which takes place in parallel with what is going on around him. To the world, his drama is not really that dramatic. I wanted to emphasise this subjectivity, which I believe heightens the drama of the situation. It’s like he is telling his life story and simultaneously watching himself as he is telling it. And although it is happening to him, he is as puzzled with it as we are. This suggests he does not fully belong to himself or that he is not living the life that he wants.

Aurally, I used a lot of off-screen dialogue, and this is where sound designer Ranko Pauković and editor Vladimir Gojun did a great job. I wanted to highlight this terror of the language that people around Marko are using, especially the social workers, talking for the sake of talking, and using a lot of cliches even when they seem to want to help him. I am particularly referring to scenes in which the hero is static and silent, and everything around him is in a completely opposite mode. This is where speech loses its basic features, and functions almost as a drone sound. 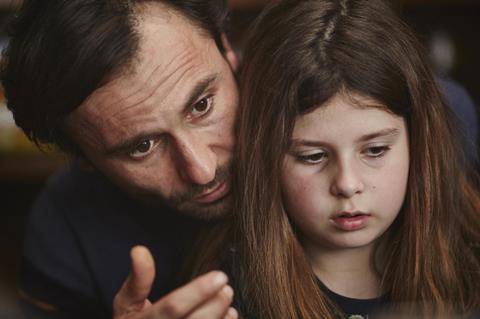 How did you integrate the specific Balkan political situation into the film?

The social and political background and mentality were very important for this story, because they provide the context within which this story is possible. In the Balkans, politics are part of the everyday routine. It is all connected: politics as a big issue, and this small, insignificant, apolitical story, which is a dime a dozen.

We have the paradox of a highly positioned politician solving the case of our hero as if it was the crucial issue for the survival of the country. This is us [in the Balkans] and the kind of circumstances that we live in. Of course this also in a way removes the politics from its inherently serious position, and tells us more about Marko and how he allows for his issue to be solved.

How did you cast the actors and work with them, especially Rakan Rushaidat and Miki Manojlović?

Casting is always a long and difficult process for me. I chose Rushaidat at a casting session, I didn’t know him well before that. He was simply the most precise in displaying the feeling and the vibe of the character, of a man who does not give up, a man who will go all the way. This is his nature.

Manojlović is one of the greatest Balkan actors, he simply entered the role and totally commanded it. He’s an excellent collaborator and partner. But we did rehearse for a long time and this proved to be the key.

How did you mount this complicated co-production between Croatia, Serbia, Netherlands, Bosnia and Montenegro?

All Alone is a truly organic co-production, and not one made for purely financial reasons. From Bosnia, Serbia and Montenegro we hired actors and heads of departments, like DoP Erol Zubčević and first AD Radivoje Andrić, and in the Netherlands we did the complete post-production for the film, just like we did on my previous film A Stranger, with an already established team and Loods Studio where we processed the picture. Co-producers are our dear partners and their national film funds recognised the quality of the project and supported us.