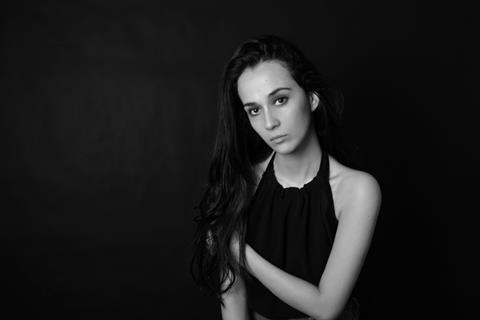 Andromeda Galaxy, the feature debut of Kosovan writer-director More Raça, is making its world premiere in Sarajevo’s feature competition. It is the story of a middle-aged man (played by director’s father and producer of the movie Sunaj Raça), who has been unemployed for a long time and has just been kicked out by his landlord. He is forced to go to desperate lengths in order to make a decent life for him and his daughter. It is a co-production between Kosovo, Spain, Italy and North Macedonia.

What inspired you to make Andromeda Galaxy?
With social problems and a high unemployment rate in Kosovo, we see so many homeless people on the streets, unemployed people who face all kinds of problems and people looking for a way to leave their country for a better life. All of this is the result of the high level of corruption that has gripped my country. I hear horrible stories every day about sacrifices that people have to make for their family, that go beyond our imagination.

This was the motive behind the film and what has pushed me to tell this story, the story of many, many people in Kosovo, but also in numerous countries around the world.

How did the film come together?
After I finished the script, I participated at the Balkan Film Market in 2018,. I pitched the project to producers from the Balkans but also from other European countries. There I met Alfredo Federico from 39 Films in Italy, also Dejan Ilijev from DMF in North Macedonia.

After the project got funding from the Kosovo Cinematography Centre, I managed to finalise the shooting and made a first cut, with a minimal budget, with which I applied to the Glocal in Progress initiative at the San Sebastian Film Festival and there the project won two awards. This made it possible to complete the film and enabled the co-production with Luis Collar and Jorge Moreno from the Spanish company Nephilim Producciones. The Glocal award also brought us distribution in Spain and Andorra by BTeam Pictures.

How did you get into the industry?
After graduating from the Prishtina Faculty of Arts in the Film Directing Department, I made several short films. I had the opportunity to screen them at international film festivals, so I started to develop contacts and collaborations with various international filmmakers.

Do you have any first-day rituals on set to establish a working tone?
I pay a lot of attention to the pre-production process, I visit the set with the actors, we spend time there together and we exchange thoughts and ideas about what the character should look like. We talk about the character’s world and the character’s space.

On the first day, I usually shoot scenes where the character makes decisions or is faced with a dilemma, where he is alone in his world and with his thoughts. This is because these scenes represent the main arc of the story. The film’s accent is placed on the thought process and inner being of the main character, and when that is achieved, we can go on to other scenes.

How have the last few months during the global pandemic been for you?
The last few months have not been easy for anyone and I have been through this difficult period as well. I had the opportunity to take part in several online events, where I presented my new documentary project Home Is Where the Films Are and received some awards. I hope that next year I can start making this documentary about the power of cinema and its importance for people in difficult situations. It’s a personal documentary about my childhood experience with film as a refugee.