Screen asks industry...what job would you do if you hadn't entered the film business? 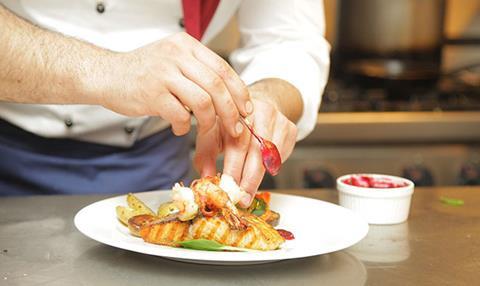 Fabien Westerhoff, CEO, Film Constellation:
“If I hadn’t been bitten by the film bug, I probably would have set up a grilled-lobster beach shack in front of a remote surf spot — my other life passion. It is still very much an option as a retirement plan.”

James Norrie, Partner, Salt Company:
“Outside of this crazy business, my number-one passion is food. Cooking it, sharing it and, of course, eating it. I’ve always had a hankering to run my own delicatessen/café — quintessentially English but filled with mysterious delights from all over the world. I might not get rich, but I think I would be very happy.”

Brian O’Shea, CEO, The Exchange:
“A criminal litigator — probably defence. My father was a criminal litigator, and after my law-school graduation he said that if things didn’t go well in Los Angeles, I could come back to Texas and become one of his partners.”

Judith Baugin, Senior VP of international marketing and communication, Content Media:
“I would be working for a humanitarian organisation in a third-world country, most probably in Africa.”

Tine Klint, CEO, LevelK:
“Handball coach. I used to play professionally until I got injured. I would enjoy being a coach, and making other people run.”

Susan Wendt, Head of sales, TrustNordisk:
“Travelling would always be part of what I do, and if not in the film industry, I could see myself in the world of food. Travelling the world as a food critic. A job to grow with — so a clothing sponsor would be required.”

Martin Myers, MD, Miracle Communications:
“I would have loved to have been a professional footballer, playing in the 1970s and ’80s when men were men and there was none of this play-acting that goes on today. Crunching tackles, breaking bones and taking players out — that would have been fun, following in the footsteps of ‘Chopper’ Harris and Norman Hunter.”

Paul Hanson, CEO, Covert Media:
“I probably would have remained an investment banker, but I certainly would have burned out and become either a maths teacher or an airline pilot.”

Kristinn Thordarson, Head of production, Truenorth:
“Being a firefighter was my childhood dream. My father’s best friend was a firefighter. As a young kid, visiting him at the station with my dad was always magical. Sitting in the fire trucks and being allowed to turn on thesirens was something else.”

Mimi Steinbauer, CEO, Radiant Films International:
“I would be a pastry chef. I even studied at Le Cordon Bleu for several years. And maybe in another life, I would have been a journalist or war correspondent — trying to be CNN’s Christiane Amanpour.”

Jaewoo Kim, Director, international sales, 13 Films:
“I would be a ballerina or pianist. When I was young, my teachers told me I was talented.”

Edward Noeltner, President, Cinema Management Group:
“I’d love to give you some fun response like I would have become a lobster fisherman, but seriously, I think I would have enjoyed becoming a Michelin-rated chef because I love good food. And like the French say, ‘If you would be well served, serve yourself’.”