Screen’s expert critics have selected their top five films of the year, plus a best documentary and an overlooked gem. 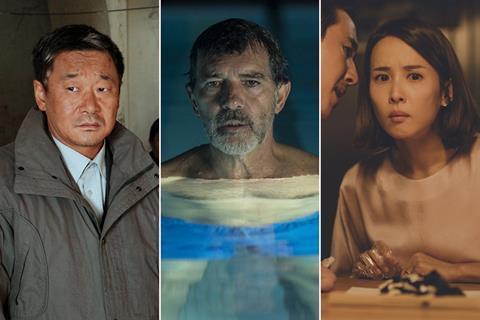 After four decades of filmmaking, Almodovar is still full of surprises: this time it is a counterpart to the brash insights of his early career with a mature and affectingly humane snapshot of his life as lived semi-fictionally by an alter ego (Antonio Banderas). A deeply insightful portrait of the artist as an ageing man.

A searing character study that doubles as a nerve-jangling thriller, the latest from the Good Time directors is a suffocatingly tense look at a New York jewellery-store owner whose life spirals out of control. Adam Sandler gives a career-best performance, and the film is shot with such focused chaos that it is like watching an exquisitely choreographed panic attack.

On the surface this is a sly home-invasion scenario that Bong nourishes and shapes into an acid-tipped black comedy, deliciously twisted thriller, class-divide satire and shocking morality tale. It is the precision-engineered control of all these elements and tones that makes the film’s balance of mayhem and mischief so satisfying.

Thrilling, terrifying, forceful and original, Monos explores the savage fringes of human civilisation, focusing on an insular community of child soldiers who create their own rituals and live by their own rules. Mica Levi’s superb score perfectly complements the feral, feverish quality of the photography and arresting use of locations.

A fully fledged classic for the ages, Bong’s savoury and sardonic class parable was a worthy winner of the Palme d’Or at Cannes and proved, on international release, that great films can overcome the language barrier. One of its many delights was the way the two houses at the centre of the action — one sleek and posh, the other cluttered and proletarian — leech into the drama.

Top film: An Officer And A Spy (Roman Polanski)

Worth the wait, Polanski’s mastery of filmmaking illuminates a sober, devastating meditation on raison d’etat, anti-Semitism and the erstwhile power of the press. As with Terrence Malick’s A Hidden Life, this is an exquisite ode to backbone in the face of history.

Spanning decades, this rich family saga deals with seismic social and economic change in a way that is complex, sensitive and all the more emotionally eloquent for its restraint. Beautifully acted, by the end it achieves a positively Proustian depth of melancholy.

A smartly savage and savvy script is just the beginning with Bong’s twisty puzzle-box thriller. It walks the fine line between tightly wound mystery and sharp, astute societal statement with aplomb. The game cast, the exquisite production design, the masterful cinematography — they are all geared to perfection in this equally revelatory and entertaining exploration of class differences.