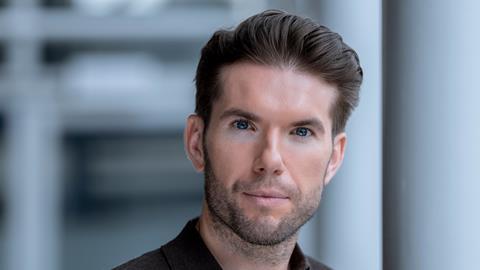 Playing the protagonist of Irish-language drama Arracht has been a transformational experience for Dónall Ó Héalai in more ways than one.

Performing the role of a husband, father and farmer in 1840s Ireland — during the period of the great potato famine — required him to shed four stones in weight over four hungry months prior to the shoot. The film’s rapturous reception at festivals including Tallinn Black Nights and Dublin (where he won a discovery award) is earning the actor a new kind of attention.

Ó Héalai’s rise has hardly been meteoric. Growing up in Connemara, west Ireland, he landed a role in Irish TV teen drama Aifric, followed a few years later by student-flatshare drama Seacht. It was making the 2014 Irish-language short Sinte for writer/director Tom Sullivan that provided an epiphany (“Tom has an uncanny ability to mine honest performances from actors”), and Ó Héalai was inspired to study screen acting at the Bow Street Academy in Dublin.

Like many from the west coast of Ireland, Ó Héalai felt the gravitational pull of the US, where he shot a number of indie dramas, including Loud Places (2017) and Impossible Monsters (2019). None provided a particular breakthrough.

Next came word from Sullivan, who had attached Ó Héalai to his debut feature Arracht: the project had achieved greenlight and the actor was returning to Ireland. “Sometimes you have to leave home to come home,” acknowledges Ó Héalai, who adds that all his experiences, and the perspective of an outsider, proved “tremendously helpful” when it came to tackling Arracht.

The film earned 11 nominations at the Irish Film & TV Academy awards, including a best actor nod for Ó Héalai. He has shot another lead role in an Irish feature: Shelter (Foscadh), which is adapted from Donal Ryan’s novel The Thing About December and will premiere next year. “The character I play has been sheltered all his life by his parents,” he says. “When he loses them, his story is him becoming an adult, and all that entails.”