Abi Morgan’s latest feature Suffragette opens the BFI London Film Festival next month. She talks to Star of Tomorrow Marnie Dickens about writing for different mediums and the challenges of biopics. 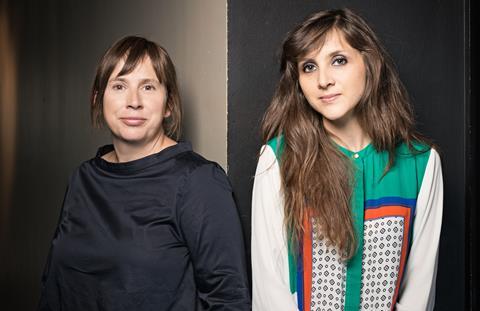 Marnie Dickens: When did you first feel that you could call yourself a writer?

Abi Morgan I think I felt like a writer from the beginning but I do go through phases where I think that I don’t know if I can hold my own against some of the heavyweights. It’s just an inherent state of doubt that every writer lives with. Theatre was a good stomping ground for me as I had the experience of an audience listening. Television is a very different medium because you don’t necessarily sit with someone and watch them watch TV. And with cinema, your film can be going on multiple times meaning you rarely sit with an audience and watch it beyond a first screening.

On that note, do you have a favourite medium between film, theatre and television?

I don’t have a favourite because they give me different things. Theatre is still a magical art form as there’s something wonderful about being absolutely central to the work. I really love the collaboration of television, and I love how political it is and that you can now be watching on a laptop or on your iPhone. And I love the muscularity of film and the breadth of the landscape I can write for. As an experience, film is the most brutal because you have to realise you’re not the most important person in the room, the director is. Television is a very empowering medium for a writer because, as time goes on, you become an executive producer so you can really own and control the creative making of that work. I know very quickly if the story feels right for television or film.

Has that always been the case or is that a skill you’ve developed over time?

It’s developed. I think there are certain ideas now which I know there’s a character you want to come back to and that there are a myriad of stories and possibilities with them. Then there are certain characters who just serve the one story and that’s where they need to be, so it feels like it’s the domain of film.

With your historical work like Suffragette and The Hour, do you have to find a different approach compared to tackling a contemporary piece?

I sort of do exactly the same, really. Even with a biopic, I’m still treating a real character as a character. One of the things that was very rich with me for The Hour, and why I’m really disappointed it didn’t go to a third series, was because I felt I was just getting going. With The Hour, the historical research generated a lot of story and that was very useful. In a weird way, choosing something contemporary feels like there are fewer places to go.

When it comes to biopics like The Iron Lady, how do you begin to decide what to focus on?

The first thing is doing a biopic can always end up feeling like you’re cramming a too-large lady into a too-small dress, and there’s always a bit that’s just squeezing out. With The Iron Lady, the starting point was the loss of power and the power of loss, and about a woman who has to come to realise her husband has gone. It became a prism in which to see her life and that was a very useful structure to navigate my way through an enormous life. Invariably, there are frustrations and there were huge areas that I’d have loved to cover, but it was just too much. It’s incredibly hard to truly do justice to someone’s life, so my instinct is now to avoid biopic or choose a specific period in someone’s life with a very clear reason why you’re writing that person’s story.

Is that partly why with Suffragette, you chose to focus on an ensemble piece that’s led by a fictitious character?

I wanted it to be the notion of a foot soldier in the shadow of the larger historical figure like Emmeline Pankhurst. I wanted to address the key moments and the key issue of the war which took place to get women the vote, so I had to decide how to get to the frontline of that and the prism of one woman felt like the way to get there. Also, to a certain degree, I’d just come out of The Iron Lady and I didn’t want to take on another huge life.

Do you write something like [TV series] River as a break?

It’s not a conscious choice. In the last couple of years, I’ve been adapting Little House on the Prairie so I’ve spent a lot of time in corsets and bonnets, following the likes of Suffragette, The Iron Lady, The Invisible Woman and The Hour, so I’ve definitely felt quite embedded in historical periods. River was a physical need to write something about a fragile mind and the complexities of living in a violent, brilliant, lonely and welcoming city. That was a very different experience, it felt without structure and writing that felt like freefalling through an emotional spectre.

Suffragette marked your second time working with Sarah Gavron. Are there directors that you always want to continue to work with?

I’ve been very lucky with all the directors I’ve worked with in film and television, and each one of them I’d love to work with again but it’s very project-led. There are times in life when it’s right. Sarah Gavron and I did Brick Lane in 2005/6 so it’s taken us nine years to work together again, of which five or six years was spent developing Suffragette. Films either happen very quickly or take a long time and it took a long time largely because when I first wrote Suffragette, I wrote it from the perspective of a completely different character. That’s one of the things about film and television writing that I really love which is the brutality of the cut. For example, Shame was only the last 40 pages, the first 60 pages of Shame were cut. With Suffragette, I’ve probably written 40-50 drafts of that but I do a lot of drafts because I write very quickly and I deliver very quickly. I need that collaboration and a hands-on experience.

Does that mean you never lose the momentum or interest in a project?

Collaborating is very challenging and you’re constantly testing your material. You have to be robust because if you bring together a collective, it gets bigger and bigger; you’re not only dealing with your director and producer, but a whole group of studio execs or actors. You have to listen to several voices but somewhere in the middle, you have to tread your own path and know which notes to take and which to politely decline.

Finally, what’s the one piece of advice you would give to upcoming writers?

Hold onto your instincts because you are probably right. You’re the best person to write your script, so trust your voice and don’t be frightened of criticism or notes. Criticism is a good thing, but learn who to listen to and find your champion. Most of good writing is what you leave out and not just what you put in, so don’t be afraid to cut, edit and throw again your best scenes because the space they leave may be very purposeful.