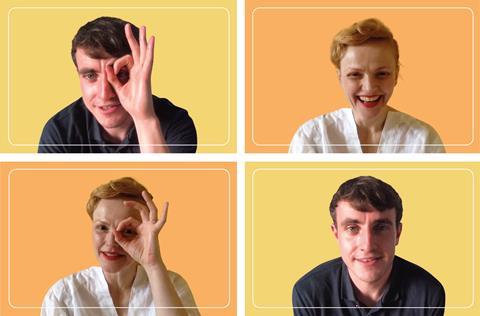 Paul Mescal: I’m so excited to do this and want to jump in with a lovely question. How do you deal with rejection?

Maxine Peake: It’s about not taking it personally. I learned that quite quickly. It’s about dusting yourself off and if you don’t get this, there’s something else around the corner. I still have friends who take it to heart when they don’t get something but it’s a business, isn’t it?

PM: What advice would you give actors in the early stages of their careers?

MP: It’s a slog and it’s about putting in the work. But don’t give yourself a kicking when you don’t get something. If you put the work in, that’s all you can do. People often talk about “the competition” in acting but who is the competition with? The only person you compete with, really, is yourself.

Don’t start comparing yourself with other actors. Early on, there was a gang of us who would all be at the same auditions and we became friends. You’d look over the list and think, “Oh, she’s on it, I might as well go home now.” But don’t start doing that. It’s a fatal path.

PM: What is your process when you prepare for a role?

MP: I do plenty of research and will always write a bio of my character because there will often be big gaps in their personal history, so you can fill things in and know things others don’t. Someone at drama school once told me, “Always have a secret.” But it should also be fun. Enjoy it. You’re creating a little world.

Sometimes, of course, things are moving more quickly. I’ve done jobs where there’s been no rehearsal whatsoever and the first time you meet someone who’s your lover, it’s on the day: “Just pop into bed then, shall we?”

PM: Is there a difference in how you prepare for screen and stage work?

MP: Yes. With theatre, you get that chunk of rehearsal and I’ll try to learn as much of the text beforehand. With telly or film, my method is not to be too rigid on my lines. I know them but I like to find them.

PM: How did you deal with the pressure of playing Hamlet, a character that represents a seminal moment in an actor’s career?

MP: My naivety takes me a long way. I say yes to things and not stew on it too much. I thought, I’m a northern working-class woman: the expectation of my Hamlet is not going to be particularly high [laughs].

PM: Does that self-deprecation protect you because the standard of the work you do is so high that it does draw attention from the industry and audiences?

MP: I don’t overthink things until I start and then go, “Oh my goodness, what was I thinking?” That happened during the first week of previews on Hamlet. When did they ever think this was a good idea? But I’ve got a bit of a gung-ho, devil-may-care approach. Of course I care what people think of my performance, but I just expect people will be negative about it [laughs]. It’s self-protection.

PM: Exactly. It’s preparing for the worst and if people don’t love it, for whatever reason, then it’s not as much of a kick in the teeth. It’s setting low expectations and if you get the opposite of what you’re preparing for, it feels amazing.

MP: You need to think, “Why am I doing this?” I need to be fulfilled, stretched, challenged. If someone offers me something and it frightens me, that’s when I definitely say yes. But you can’t please everybody. Someone once told me, “What other people think about you is none of your business.” I think that applies to acting. It’s none of your business what the audience thinks of you. Just do your work.

PM: If you could retain just one memory of being an actor, what would it be?

MP: I did a job years ago that hardly anyone saw called Room At The Top [BBC4, 2012]. I don’t know what it was about it, but there are some jobs that are all-encompassing. It was quite a difficult part and quite a tragic part but we did lots of rehearsal, it was a brilliant cast and a brilliant piece of writing. It really sticks with me.

PM: How do you deal with nerves?

MP: I used to get nervous. Now I’m in my 40s, I think I get anxious, which is very different. I used to run on nervous energy and quite enjoy it. Anxiety is different. With nervous energy, you can sometimes tap into it and fly with it. But, last year, I did two one-woman shows back-to-back and the anxiety was crippling. But once you get out there, you remind yourself that you have the stage of the Barbican to yourself. Just remember when you were 21 and trying to get into drama school.

PM: What have you watched during lockdown?

MP: I got a year’s subscription to Mubi and I’ve been hammering that. I recently watched Technoboss [Joao Nicolau, 2019], which was probably one of the strangest things I’ve seen but I love the surreal. That’s my bag. 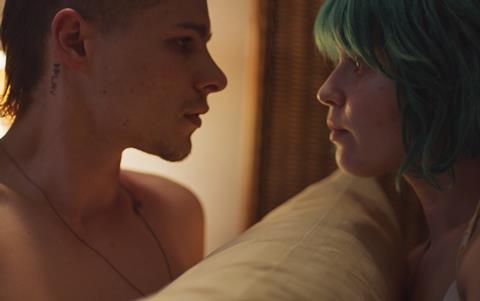 PM: I saw the Australian film Babyteeth [Shannon Murphy, 2019] and the act of going back to the cinema after months was amazing. We need these things. Being able to sit there and not have any other distractions is so important in terms of how we engage with what we watch.

MP: These films are made for a big canvas and it’s about getting the full vision. There’s something about being in a dark room with strangers and seeing something on a big screen where it has your undivided attention. I really miss that experience.

PM: What kind of filmmaking do you enjoy?

MP: I’m a fan of the more independent, arthouse and experimental. Story­telling with a bit of bravery. That’s the beauty of film — you can be more experimental with it. I’m drawn to things that are off the wall.

PM: How do you go about choosing work and how comfortable are you at saying no?

MP: As actors, the only power we have is to say no. At the end of the day, it’s your career. I’ve worked hard and you have to keep the reins on it. You don’t owe anyone anything, in the same way that the business doesn’t owe you anything.

PM: One of the other powers we have is trusting our instincts. Our job isn’t to go in and fulfil a director’s vision, and ultimately good directors don’t want you to do that. It’s about finding the best middle ground, using two creative minds rather than just the one.

MP: What I love about what we do is that it is a collaboration. That’s why I love theatre and British indie films. There’s not a lot of money in those areas, so there’s not as much pressure or so many people to answer to. People are doing it because they really want to. Even when I was doing Hamlet, it’s an ensemble. That’s how I’ve been brought up. Some actors are in it to do the big star turn. Sometimes you do work with people and it doesn’t gel.

PM: How do you deal with that?

MP: I find that hard because I go to pieces. If I’m stood across from an actor and we’re not exchanging anything, I have to really have a word with myself. You have to lock in and respond to what you’re getting. I’ve not experienced it a lot but sometimes you go, “OK, this is going to have to come from somewhere else.”

PM: It hasn’t happened to me a lot either but you feel like you could say the lines doing a handstand, naked and it wouldn’t change the way the scene is being played. It’s the worst feeling. You hope the director will step in because there’s only so much you can do from the other side of the conversation.