'The Foreigner': anatomy of a successful UK-China co-production

Wayne Marc Godfrey talks to Screen about setting up The Foreigner as a Sino-UK co-production that worked in both the West and China. 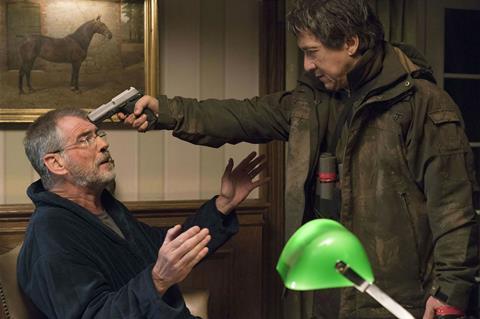 When Wayne Marc Godfrey established London-based financing and production outfit The Fyzz Facility with Robert Jones in 2007, a book he’d read as a child, Stephen Leather’s The Chinaman, came to mind as a perfect property to adapt.

“I had no attention span as a kid, but my dad was a huge Stephen Leather fan and gave me this book to read on a family holiday,” Godfrey remembers “It was one of the first books I engaged with that really got me reading.”

Set in London and Belfast, the book tells the story of a Vietnamese restaurateur and former skilled Vietnam War veteran who loses his daughter in an IRA terror blast, then hounds a government official to give him the names of the perpetrators so he can avenge her death. In the film, Jackie Chan plays the restaurateur and Pierce Brosnan the official. “I took Stephen Leather to lunch in Dean Street [in London’s Soho] and told him I had no money but loved the book and could I option it. We agreed the deal for a hundred pounds and he gave me the rights, obviously with a deferred fee.”

After meeting writer David Marconi (Enemy Of The State) on a scouting trip, Godfrey asked him to adapt the book, but move the time frame from the early 1990s to the present day to make it more contemporary. He then started casting and visited Hong Kong to meet major stars like Donnie Yen, Andy Lau and Chow Yun-fat to play the protagonist, but immediately ran into his first hurdle.

“This was before the Chinese market had started to take off, and while these actors were massive stars in China, they were difficult to monetise internationally, as much as they’re brilliant,” Godfrey says. “You have to be sitting down when you get their pricing from their agents. We started to wonder how we were going to pull it off.”

Eventually, Godfrey went to China’s biggest global star, Jackie Chan, via his former agent at WME, Philip Button, and managed to get the star’s attention, but on the condition that a more experienced director was brought in. In early 2014, at which point Godfrey had already been developing the project for seven years, he pitched it to STX Entertainment, which had just launched as a producer of mid-budget movies and had Chinese backing. Martin Campbell (GoldenEye, Green Lantern) was brought in as director and started several months of rewrites with Marconi. STX started to work out the financing with Chan’s Beijing-based production outfit Sparkle Roll.

A crucial element at this stage of the production is that the film qualified as an official China co-production – one of the first co-productions under the Sino-UK treaty – meaning it would be treated as a local production and the foreign producers could enjoy a higher share of Chinese box office. It was eventually released during China’s National Days holidays when only local films or official co-productions can be released.

Godfrey says the China market didn’t cross his mind when he started developing the project: “It wasn’t important ten or eleven years ago, not like today when you consider any opportunity to monetise China as a financier and producer. So when I optioned the book, I wasn’t thinking would it work in China, I was just driven by the story. In some respects, I’m lucky it took so long and the China market became so relevant and viable.” 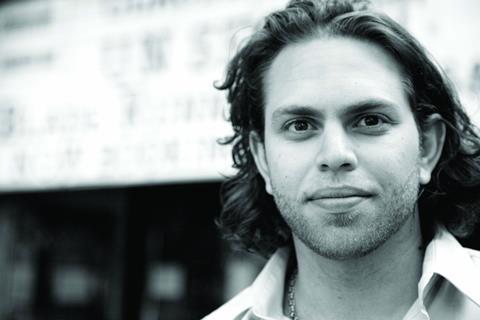 In order to qualify, China co-productions require one third leading cast and finance to be Chinese, along with Chinese elements in the story. Chan’s involvement as star and investor, along with changing his character from a Vietnamese to Chinese soldier who fought in the Vietnam War, helped the film tick all the regulatory boxes. Production started in the UK in late 2015, with around ten days of shooting in China. Released in September 2017, the $35m film has grossed almost $150m to date, including $35m in North America and $81m in China.

The film has bucked a trend in that very few Sino-foreign co-productions have performed in both China and Western markets. Recent high-profile failures such as The Great Wall, and smaller-budgeted films that may have worked in one market or the other, but rarely both, have made international financiers and distributors wary of hybrid films. Producers struggle with finding stories that can resonate across two very different cultures and also satisfy China’s increasingly stringent co-production requirements. There’s also the issue that Godfrey came up against of finding Chinese stars that have marketability outside China and Southeast Asia.

The Foreigner succeeded by having a story that fit the regulations, but wasn’t trying to artificially combine two cultures – it plays like a Hollywood action film that just happens to have an Asian star. But films starring Chan are a special case – not only does he have global box office clout, but also the kind of influence with Chinese authorities and financiers that can get films into production.

However, Godfrey believes it’s becoming easier to get similar projects off the ground with other Chinese stars. “The list of actors both male and female that are able to cross over is increasing, which creates more opportunities for co-productions, especially in the $30-40m range. There are now more viable routes to getting things done.”