Three UK arthouse success stories that bucked the trend in 2017

The UK has long been a tough market for foreign-language films, but things are looking up this year. 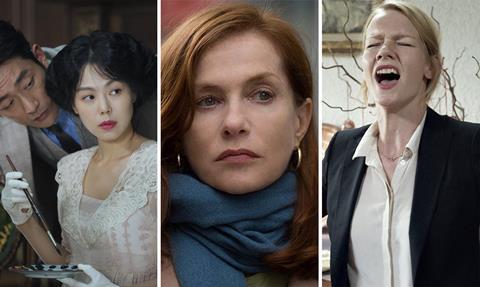 In both 2007 and 2008, five non-Bollywood foreign-language films, including The Lives Of Others, La Vie En Rose, The Orphanage and I’ve Loved You So Long, achieved £1m ($1.3m) at the UK box office.

Julieta scored $1.68m (£1.3m) in 2016, a year in which Polish action titles in the Pitbull franchise delivered big numbers — but those films overwhelmingly play in UK multiplexes to Polish-speaking audiences, and are thus factored alongside Bollywood in a separate market category.

As of April 30, 2017 has delivered three foreign-language hits exceeding $650,000 (£500,000) at the UK box office — the same number produced in the entirety of 2016, when Son Of Saul and Victoria also crossed the threshold with Pedro Almodovar’s melodrama. All three titles were released with support from the BFI Distribution Fund.

Trafalgar Releasing, which co-released Elle with Lionsgate UK, took the bold decision to release Paul Verhoeven’s drama starring Isabelle Huppert on March 10. This denied Huppert a shot at a Bafta this year (she will presumably be eligible for 2018), but gave the film the freedom to breathe in the post-awards corridor.

“We did speak at length to producer Said Ben Said as to why that was our strategy, and he agreed it was more important that we got as many eyeballs as possible to see the film,” says Alice De Rosa, commercial director at Trafalgar Releasing.

Despite playing at the LFF last October, Curzon Artificial Eye held back the release to April 14, waiting not just for the awards titles to play out but also until five weeks after Elle’s release. A six-night run with Secret Cinema’s diffusion brand Secret Cinema X at east London’s Troxy venue provided a $206,000 (£159,000) boost to box office.

Thunderbird Pictures, formerly Soda Pictures, did not back away from the epic running time of Maren Ade’s film, which the company released on February 3.

“We defined it by three main areas,” says managing director Eve Gabereau. “Its amazing reviews, its point of difference — it is a nearly three-hour-long German comedy and is like nothing you’ve seen before — and its standout scenes that you can only fully understand and appreciate by seeing the film.”