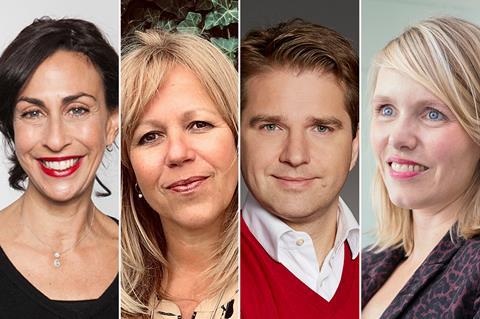 Both initiatives are hoping to muster some of the phenomenal buzz and sales energy normally generated by the Cannes Film Festival which has been forced to abandon plans for a potential end-June start due to the Covid-19 pandemic.

The TV sales sector was the first to experience this new virtual reality at the end of March and early April when MIPTV and Series Mania hastily assembled online platforms in the early days of the Covid-19 outbreak in Europe. What can film execs learn from their colleagues in TV?

Julia Schulte, head of sales at France tv distribution, participated in both Series Mania and MIPTV and was keen to emphasise she was grateful for the innovative online solutions both organisations scrambled to assemble. But she had some valuable feedback.

”Our first impression was that the markets really needed to double or even triple their efforts in terms of communicating their actions, especially around the buyers,” she said. “It wasn’t enough to simply put the shows online. We did a lot more work around mailing out communications but you have to be really smart to capture the buyers’ attention, as they’re being inundated with information. In the end, we came to the conclusion that the best tool at our disposal was the telephone, and speaking to buyers individually.”

France tv presented upcoming youth-focused shows Derby Girl and Stalk on the ‘Coming Next From France’ showcase on the Series Mania Digital Forum and made educational and factual content available on the MIPDOC screening room of the MIPTV platform. The company was also continuing to sell Jean-Xavier de Lestrade’s true crime series Laetitia, which debuted in Sundance this year as the first French series to be selected for its Indie Episodic competition.

Schulte said selling online had proved a slower process than in a physical market, but suggested this was also due to the fact that both events took place in the early days of the lockdown.

“People were still getting into position and figuring out how to work from home and also grappling with the changing needs of their channels and management directives,” she said. “It’s harder to mobilise buyers online in the same way you can in person. The sales profession is quite archaic. I don’t think it can ever become 100% digital.”

Schulte is now gearing up for the virtual Marché du Film where she suspects the situation may be even more complex.

“It’s a difficult time for cinema right now but we’ve been heartened by the fact distributors are maintaining pre-sales they did last Cannes, or in Toronto or Berlin. There is a sense of fair play and of being in this together.”

“There are a lot of extra factors being thrown into the mix,” she explained. “It has definitely slowed because people are working at home and the structure isn’t the same. It’s taking people longer to get through the process of screening stuff and putting in offers, especially if a decision has to go through various ranks and key decision-makers are caught up with strategising and figuring out the future of their companies.”

Young said Orange Smarty had uploaded some of its shows onto the MIPTV platform but that she and her team had done the bulk of their work via the company’s existing networks and client portal.

“We watched a couple of the online seminars but it was tentpole stuff we already knew. Normally at the market, we don’t have time to attend the conferences, we’re too busy doing sales, relationship building and gaining intel,” she said.

Young suggested gaps in international broadcaster schedules due to the cancellation of big sporting events and production shutdowns had not resulted in a sellers’ market for TV, at least for now.

“The gaps are being plugged by choice pieces and good quality piece drama and films. It’s not like people are going to relook at stuff that they have previously rejected or stuff that is very old. They still want quality and content that is less than three years’ old,” she said. “Buyers are being bombarded with content at the moment. The content squeeze will come further down the line, when shows haven’t been made or completed. The trickledown effect will be in six months’ time.”

Young suggested the worldwide lockdowns and fears over Covid-19 had led to an uptick in demand for lifestyle and uplifting content, especially around the topic of the family.

“We have 175 hours of uplifting content on our slate and we’re really pushing that in our marketing messages,” she said, citing shows such as This Is Our Family, Pilgrimage: The Road To Istanbul and Giving Life.

“People are looking for escapism and lean-back, “just entertain me” programming. Stuff they don’t have to think too hard about.”

“It’s not the time for grim reality or serial killer series. People are after cosy viewing,” he said. “Also, with everyone at home, families might be watching things differently and co-viewing more. Shows on the slate that are easy to watch, like Hudson & Rex, a procedural with a dog, travel quickly. Our historic drama Atlantic Crossing also ticks a lot of boxes because it is uplifting and broad.”

Beta orchestrated an ambitious programme of online initiatives to replace show launches and networking events that had been scheduled to take place at MIPTV.

Highlights included a teleconference version of Beta’s traditional MIPTV brunch, which saw its habitual attendance of some 500 people expand to 1,500 virtual participants. It promoted new shows including the World War Two dramas Atlantic Crossing and The Turncoat as well as Russian comedy-drama 257 Reasons To Live and youth-focused series Cryptid, and a separate special presentation of the new Spanish thriller series La Unidad, involving a Q&A with its creators and produces as well as extracts of the show.

Beta opted to set up these events independently rather than run them through the Series Mania or MIPTV online sites.

“We started exploring different scenarios very early on. We felt we could achieve more in terms of getting eyeballs and connecting to clients by doing something targeted on a specific topic, rather than putting our shows on platforms that felt quite generic and catered to lots of target groups,” explains Bachert.

The company also created a bespoke online platform for the brunch rather than attempting to run it off its existing, in-house screening portal.

“It’s not possible to simply use your screening website when you want to live stream to 2,000 people. We worked with service providers on the technical side. It’s not the easiest task. With all these video conferences, you need to secure your bandwidth in a proper way. We used a playout centre that normally caters to general audience events.”

Bachert suggested virtual events work best for shows near completion with extracts to screen, rather than for project development launches.

“It’s a little bit easier to do an event like the one we did for La Unidad in which we got the director to talk and were then able to screen some of the work. It had more of an impact, from a buyer and programming perspective, than a panel discussion with nothing to show.”

“We saw all the people we normally see but on Zoom or Google Hangout. It was more spread out, however, rather than three days of a meeting every half hour,” recounts Levy.

Ciszewski said sales and distribution are more important than ever for Federation Entertainment while production on upcoming shows such as Around The World In 80 Days, starring David Tennant, and the second season of Deadly Tropics remain on hold.

“We have to compensate. Thankfully we had completed The Bureau and we managed to send it to our clients although some of them weren’t able to dub it but are using it with subtitles regardless,” said Ciszewski.

The pair also reported an uptick in demand from both traditional broadcasters and streaming platforms for “ready-made programmes”. “We’ve had an influx of clients asking us what kind of avails we have in their territories, revisiting shows they couldn’t pick up before,” said Levy.

Ciszewski said a key challenge had been connecting with buyers on new and upcoming shows in the absence of the physical launch events.

“Because we weren’t in front of people we had to build a different type of promotion and approach our clients in a more creative way than in the past,” he said. “We had a show called The Grave, for example, which was supposed be launched in Canneseries. We had been planning a big hole in front of the Palais. We had to get creative and do a sort of digital grave, using extremely personalised pitches instead.”

Levy suggested while the hiatus in the physical markets and related events would certainly push TV sales professionals to rethink their professional travel plans in the future, the power of real-life contact could never be replaced

“I’m not a huge fan of MIP. I’ve been going twice a year for 25 years and it’s not necessarily my cup of tea or piece of cake but I would kill to go to MIP right now,” she said. “You need that human touch and I’ve realised that I need people.”