Why India is a key international market for Amazon Prime Video 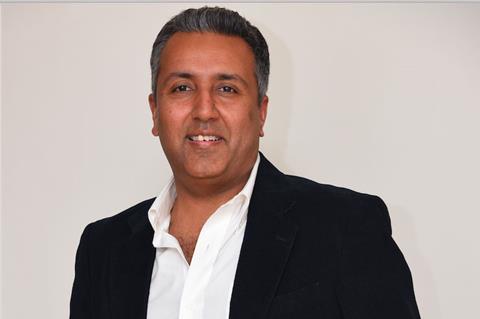 When Amazon rolled out its Prime Video service globally at the end of 2016, it focused on India as one of its key markets, quickly establishing its most active Asian production hub, with only Japan coming anywhere close.

In addition to striking a slew of movie acquisition deals with major Bollywood production houses, the streaming giant has so far launched around half a dozen original series across three Indian languages and has a further 30 in development. Its partners on these shows include top Mumbai-based producers such as Excel Media & Entertainment, Abundantia Entertainment and Pritish Nandy Communications (PNC).

Sitting in Amazon’s shiny new offices in the Bandra Kurla Complex – a business district that is fast becoming the Silicon Valley of Mumbai – Gaurav Gandhi, director and country head of Amazon Prime Video, India, outlines what he describes as the four tailwinds that encouraged Amazon to zoom in on India – devices, data, demographics and the abundance and popularity of local-language content.

“This is largely an Android market, which means that you now have devices at all levels and price points, and given that India mostly has single TV homes – around 95% only have one television – the phone has become a TV screen for an additional four to five members of the family,” explains Gandhi, who joined Amazon last year after heading the streaming service of local media conglomerate Viacom 18.

“Couple that with the fact that you now have much cheaper data, which was not the case a few years ago, and everyone can stream without worrying about what will show up on their bill.”

Cheaper data came courtesy of the 4G plans launched by Mukesh Ambani’s Reliance Jio in September 2016, conveniently just a few months before Prime Video expanded from a handful of markets to more than 200, including India. Like many emerging markets, India is primarily a mobile broadband market – it currently has around 345 million mobile internet subscribers, compared to only 18 million fixed broadband connections. Jio’s cheap data plans – between $1.3 (Rs98) and $7 (Rs509) a month – have put streaming within reach of millions of new consumers.

As for demographics – the country has a population of 1.3 billion, of which more than half are below the age of 25, with no restrictions on foreign investment as in the world’s other billion-plus market, mainland China. In addition, most of India’s new netizens are younger people whose consumption habits are completely different from the older generation that grew up with traditional TV.

“The majority have been influenced in a big way by YouTube and Facebook videos,” explains Gandhi. “And because India is one of the only markets where you have so much premium content available on ad-supported services, suddenly you have this big behavioral shift of people who are saying they want to watch content on their mobile phones.”

Content is one area in which the landscape in India looks completely different from other international markets. The country has several big media conglomerates with large libraries of content, most of which they own outright, as India has never had much of a pay-TV or premium cable market. As a result, India’s ‘old media’ broadcasters have all been able to roll out streaming services very quickly – most of which are ad-supported – which means Indian consumers have online access to a vast amount of content mostly for free.

Carving subscription revenue out of this market has been the challenge taken up by the global SVOD players – Amazon and its rival Netflix – and original content has been a major component of their strategy. As Gandhi explains, the economics of Indian broadcasting previously only allowed for mass market programming, but now the SVODS are producing for niche audiences for the first time: “We never had those high-quality but limited premium dramas in India. Now there’s a huge change in the structure and tonality of the stories that are being told.”

Starting out with several comedy specials (Prime Video is now regarded as the home of stand-up comedy in India), Amazon then moved into producing drama series – each with a format of eight-10 episodes and touching on subjects not usually seen on mainstream TV. The first batch has included Inside Edge, revolving around the scandal and politics behind premier league cricket; psychological thriller Breathe; gangster drama Mirzapur, set in the badlands of small-town India; and most recently, Four More Shots Please, about a group of liberated young women in modern-day Mumbai.

“As far as India is concerned, these stories haven’t been told, not in this way or in this format, so it’s leading to a lot of excitement and lots of customers,” Gandhi says. “We want to tell world-class stories with cinematic quality – and tell them to people in a language they want to hear.”

While most of the early shows have been in Hindi, Amazon has also started acquiring and producing content in India’s regional languages. It is already presenting content in six languages (Hindi, Tamil, Telugu, Marathi, Bengali and Kannada) and recently produced Tamil-language drama Vella Raja and a Telugu-language show, GangStars. Driving the localisation process even further, it has also launched user interfaces (UIs) in Hindi, Tamil and Telugu, which cover all aspects of search, navigation and customer support.

Gandhi likens this segmentation of the television audience to the rise of multiplexes in India, whereas previously the country only had single screen cinemas, which encouraged film producers to start producing for niche audiences, such as urban professionals, millennials or young women. “We started seeing this shift because certain sectors of the audience were moving towards content that was more real, with international production quality and stories they connected with more,” Gandhi says.

Then of course, another segment that Amazon is addressing in India is international films and TV. While English-language content is not mass market in India, Hollywood has grown its market share from less than 5% to more than 15% in the past decade. According to Gandhi, the big shows that do well for Amazon around the world – including Jack Ryan and The Marvelous Mrs Maisel – are also doing well in India. “It’s still a segmented audience, but the people watching these shows tend to be obsessive fans,” Gandhi says.

But then Gandhi rejects the notion that Amazon Prime Video is a niche or high-end service in India; at the same time as targeting smaller groups, it is also aiming at the mass market audience with mainstream product. In the run up to its Indian launch, Amazon acquired films from traditional Bollywood producers such as T-Series and Dharma Productions, along with two of the biggest mainstream stars – Salman Khan and Rajinikanth. Prime Video’s mass market reach is also reflected in its pricing – bundled with Prime shipping it costs $14 (Rs999) a year or $1.8 (Rs129) a month, making it one of the cheapest SVOD services in India.

“India already has 250 million people accessing streaming video in one form or another each month. At Rs129 a month, Prime is the best deal anyone can get on shopping and shipping, video, music and a bunch of other benefits – so it naturally appeals to a wide set of people. The audience is not segmented in that sense,” Gandhi explains.

“But coming back to my point about multiplexes and single screen cinemas – there is not just one audience and one thing they want. What we also have to do is to offer a selection of content, whether films or series, across several languages so we can appeal to the tastes of individuals as well.”

That mass market appeal is of course also crucial for the other side of Amazon’s India business – selling physical goods online. Although Gandhi won’t be drawn on Amazon’s ecommerce operations, India has recently become the battleground for a proxy war between global operators – including Walmart and China’s Alibaba – who have been buying up local ecommerce platforms in a bid to dominate what could eventually become a market of a billion plus online shoppers.

While online shopping has been slow to take off in India, due to issues surrounding digital payments and logistics, video streaming in this content-mad country is the perfect way to build brand loyalty until the ecommerce infrastructure is in place.