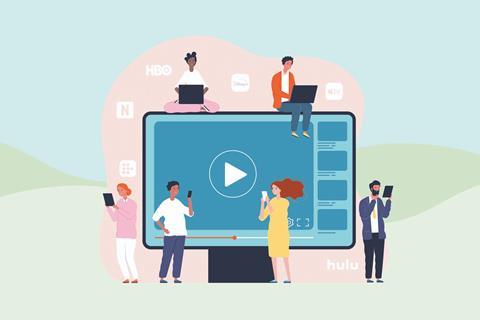 The last few months have not been easy for streamers. The spectre of a recession has prompted investors to re-examine the business model, and to question the billions that platforms are pumping into content in their race to win subscribers.

Those questions got louder still when Netflix announced in April that it had lost 200,000 subscribers — and that it expected to lose 2 million by July.

Amid a broader stock market slump, Netflix’s share price is down 67% year to date, making it one of the biggest fallers on Wall Street. But it is not the only one. Disney’s share price has slumped 30% year to date, while Warner Bros Discovery has dropped 27% since its market debut as a merged company in April. (Figures correct at time of writing.)

Analysts predict that rising inflation and interest rates will make cost-­conscious consumers rein in spending on discretionary items such as streaming service subscriptions. (US households currently have an average of three streaming subscriptions each, according to a recent survey by Altman Solon.)

Working out what consumers will do, and which streamer (or streamers) they might drop, is no easy task. Not so long ago, Netflix was the default choice of provider for many subscribers: its first-mover advantage, voluminous library and bold content plays made it an obvious choice for households. This is still true in many ways, but not to the extent it used to be — few rival streamers can compete with Netflix on volume, but they are increasingly doing so in terms of quality.

After a slow start, Apple TV+ is getting into its groove. Its smart acquisition of Oscar best picture winner Coda has likely prompted more subscribers to try out the service, while its limited offering is slowly but surely expanding with quality new shows — many of which are in Primetime Emmy contention — such as Severance, The Afterparty, Slow Horses, WeCrashed and Pachinko, to add to returners Ted Lasso, Mythic Quest and The Morning Show.

HBO Max has impressed too, with a recent slate that includes Station Eleven, The White Lotus, Peacemaker, Julia, Minx, The Gilded Age and Tokyo Vice — and acclaimed returning series Succession and Euphoria. Disney+, meanwhile, will be hoping the recent launch of Obi-Wan Kenobi can lure in more Star Wars fans and help it on its way to a target of 250 million subscribers by 2024.

If households do start to cut back on subscriptions, it follows that streamers may have to start reducing their spend on content — which hit $220bn last year, according to Ampere Analysis. This, of course, would have a huge impact on the currently booming TV and film production industries.

For now, however, there is little concrete evidence that streamers are cutting back significantly. During Cannes, Netflix paid a reported $50m for Emily Blunt drama Pain Hustlers, while Apple snapped up Riz Ahmed and Jessie Buckley sci-fi romance Finger­nails. The Netflix deal in particular put paid to early thinking that it would be shy to get out its wallet after the punishing Q1 subscriber loss and precipitous market cap drop.

The streamers have, however, hinted at plans to be more cautious about expenditure. In May, Net­flix laid off 150 staff and updated its corporate culture principles to urge employees to “spend our members’ money wisely”. Warner Bros Discovery boss David Zaslav has talked up the need to be “smart” and “careful” in how it spends money on content. In April he axed CNN+, its ambitious news streaming service that had launched only a month earlier.

Still, it seems unlikely the streamers will enact deep cuts. The market is in its early days, with lots of new services battling for share. Platforms are also aware of the risks of cutting back. Any sign of weakness will see producers taking their best projects to rival services.

And, in the background, looms the spectre of tech giants such as Apple and Amazon, with market caps of $2.4tn and $1.7tn respectively. They continue to ramp up their streaming ambitions and are unlikely to be feeling the same pressure as others to rein in content expenditure. Faced with such formidable competition, the real question is: can any streamer afford to cut spend?