Word of Mouth: “I’ve recently discovered short web series and there is no turning back”

Claudia Landsberger, the programme adviser for Venice Days and Tallinn Black Nights, and project and script consultant, reveals where she gets her viewing tips. 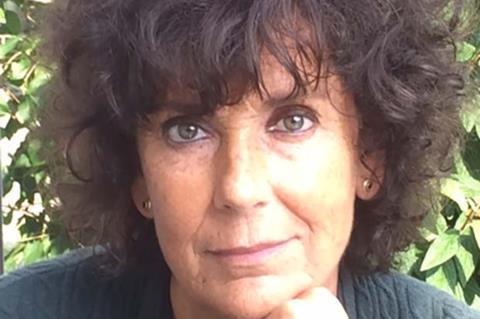 I rate an Australian friend living in Rome — an art curator and art critic who has the most quirky sense of humour. Other people who awaken my curiosity and make me want to see films include my colleagues from Venice Days: Giorgio Gosetti and Cédric Succivalli. I like Teresa Cavina for her insight into the Arab cinema world, and Edvinas Puksta from Tallinn Black Nights. Puksta is outrageously original and so beautiful in his emotional analysis.

It is a long list when it comes to film critics and papers I source. I always want to read what Finn Halligan and Wendy Ide from Screen International have written. Both are fabulous critics, serious and wonderfully ironic. The list also includes The Guardian, Variety, and Deborah Young from The Hollywood Reporter who I enjoy because she writes like a novelist and goes into emotions deeply. I like several IndieWire critics because they are unafraid to voice strong opinions, including Eric Kohn and David Ehrlich.

I am one of the few people who does not use Netflix. I know I have missed out on many great TV series, but I am planning to catch up when I have more time to watch television. It is a battle with time, films or TV series. But I’ve recently discovered short web series and there is no turning back. Shorts are a great place to discover creative talent. I particularly love A Gay Victorian Affair, created by Robert Watson Robinson, and the Jezabel webseries. Many of the filmmakers have a DIY mentality and make these series without the old-fashioned way of funding. This world is mostly inhabited by young filmmakers with tremendous raw and original talent.

I read quite a lot of projects and scripts for a few industry co-production and pitching events that I am consulting for, as well as for my work as an editing and script consultant.

As a festival programming consultant, you watch hundreds of films, but you also miss out on the big titles in the competition programmes of the major festivals. You then have to catch up later, which is kind of odd because everybody around you assumes you’ve seen those films. I find myself going to regular cinema screenings outside of film festivals to catch up on these titles, which is quite wonderful. It is as if you are playing hooky. And there is nothing more wonderful than meeting a colleague who agrees on your love for a certain film or director.