Arthouse favourite and fixture of period dramas such as Cyrano De Bergerac and La Reine Margot, Vincent Perez has moved steadily towards directing since his 1992 short L’échange. 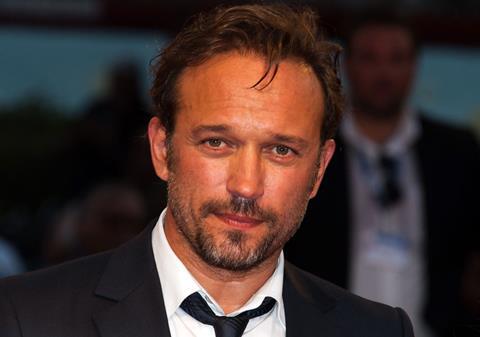 When Perez read Hans Fallada’s Alone In Berlin in 2007, he knew it should be his next project. Starring Emma Thompson and Brendan Gleeson as a couple resisting the Nazis in the 1940s, Alone In Berlin screens in Competition on Monday. Cornerstone handles sales.

Why did Alone In Berlin speak to you so strongly?

My mother being German, I grew up with so many questions with no answers. So I started to read a lot of books about [the Second World War] and I read an article about this Hans Fallada book, and was attracted by the idea of that building [in which the protagonists reside] and all those people living together.

I was fascinated by the way Fallada was leading us into that world. You felt the fear, it was so realistic, and I suddenly felt a calling, “This is it, this is the story that you have to tell.”

At the time, you were close to giving up directing for good.

I’d reached a moment where I had to reinvent myself, not being a young actor anymore. I was always tortured by the need to tell stories and to direct but I had a problem with my subjects because they weren’t French and I live in France. After the second movie I directed [2007’s The Secret], I thought, “I don’t have any stories to tell, forget about being a director.” I started to go into a small depression. Then I read Alone In Berlin and had this fire in me again. I struggled for many years and now I feel very strong and in the right place, so the film was a new start for me.

What were the challenges of recreating wartime Berlin in modern-day Germany?

Berlin of that time has been completely destroyed. There are still some buildings and we shot at Tempelhof airport. Recreating Jablonski Street, we decided to shoot in Görlitz because the streets are still intact. Görlitz is a bit like a ghost town. There are a lot of empty buildings. We were supposed to do it in the studio but my set designer said it would be so much better to do it in a real place and he was right. We shot all the apartments, the staircase, and the street and backyard, in the same building.

Has this experience rekindled your appetite for directing?

I’m developing several ideas but it’s too early to talk about them. I want to direct. I’m still acting, I’m on stage now [in Dangerous Liaisons] and I’m really enjoying it. But I have a mission in life and it’s making films and directing.

It took eight years to make Alone In Berlin. What kept you going?