Fire At Sea comfortably remained top of the pile, with the new entries failing to post significant scores. 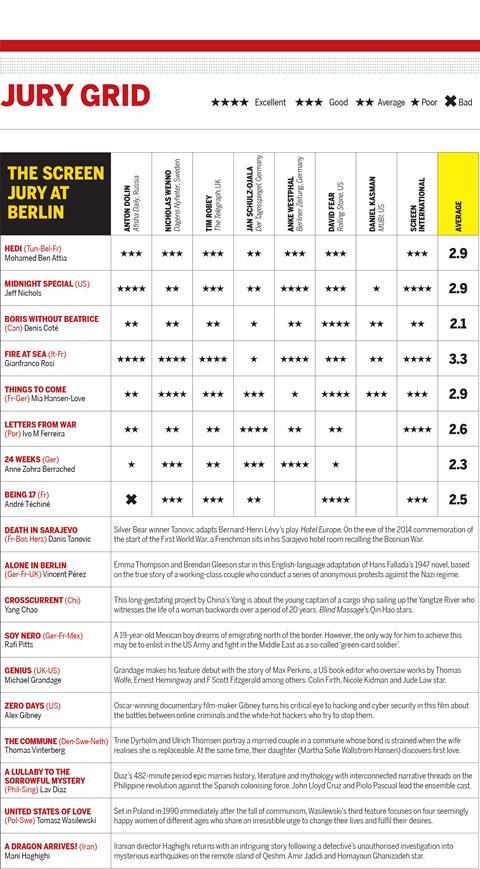 Sunday’s three new entries on the 2016 Berlinale Screen Jury Grid all proved divisive, picking up mixed scores across the board.

Andre Techine’s Being 17 scored the first X (no score) of the festival, from Anton Dolin, though also clocked up a top-rating courtesy of David Fear. Overall it rated 2.5, though there are two scores yet to be declared.

Anne Zohra Berrached’s 24 Weeks languished to a rating of 2.3, the second lowest score to date behind Denis Cote’s Boris Without Beatrice.