Game developers were tasked with building games around films. 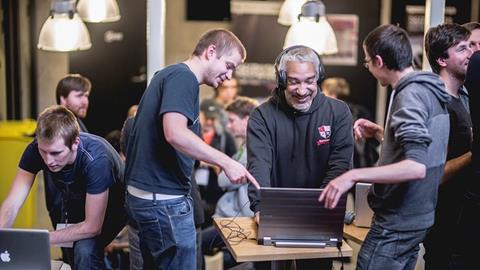 Game developers from Estonia, Latvia and Finland took on the challenge of building innovative game concepts and new marketing opportunities around an existing intellectual property (IP) from Nov 13-15.

The match was divided among six teams and five films including the Estonian film Ghost Mountaineer, playing in the Tridens First Feature Film Competition.

“This is not a new concept within the gaming industry. Just look at the US - they are continuously linking these industries together with the growth of virtual reality (VR),” said the festival’s industry director, Sten-Kristian Saluveer.

“Within Europe, the IT world and film industry are still so separate. But because Estonia is a pioneering country within the digital market - having developed Skype, as well as the increasingly more active ‘Technopolis’, Tallinn’s counterpart to Silicon Valley - we should be collaborating between the film and game worlds more often.”

First place went to the Estonian and Latvian team for The Cycle. Set to the much-anticipated Estonian ‘Wild West’ film Days That Confused, the 8-bit 90s-esque game included 2D graphics and let players take on the role of an Estonian village thief.

Second place went to the Latvian group for their horror whodunit game based around the film Man In The Orange Jacket.

Third place went to an Estonian group of developers for virtual reality project Ghost Mountaineer: The Game, set in a snowstorm where the player has to find the precious stones hunted by the movie characters while the ‘Ghost Mountaineer’ is hunting them.

“The teams did not take a traditional road, but tried something new inspired by the film’s content,” said GameJam curator Maria Reinup.

“We’re particularly thrilled because the producers want to work with the teams in further developing the demos into games.”

Dean Evans - the creative director of video game giant UbiSoft (Assassin’s Creed, Far Cry) - was present, and added: “The level of passion and talent displayed during this game jam fills my heart with joy.

“I hope that film and games can continue to provide people with innovative storytelling techniques that can extend the life of a movie through interactive entertainment.

“Film and games are a match made in heaven. We just need more cupids.”