Fighting for space in a tough market

Why are specialty and independent films getting so squeezed at the US box office this year? 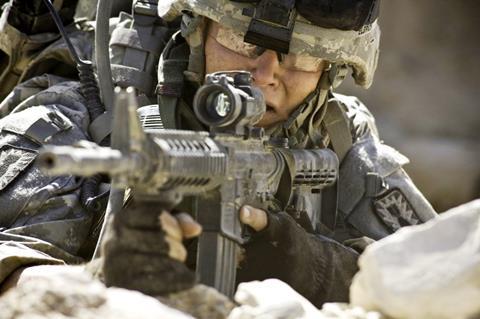 Overall North American box office may be significantly up for 2009 to date, but the numbers do not look so good for ­specialty and independent films in the US market.

This year has seen a handful of bigger-budget wide-release indie films — led by Tyler Perry’s Madea Goes To Jail from Lionsgate, and Summit’s Knowing — grossing $50m or more.

And 2009 did account for the bulk of the $141.3m grossed by Fox Searchlight’s late-2008 platform release Slumdog Millionaire.

But putting those titles aside, the year’s most profitable specialty film so far appears to be Searchlight’s in-house production (500) Days Of Summer, with a domestic gross of $12.4m (as of August 10) after three weeks.

However, the $1m-$5m bracket also takes in Miramax’s Chéri(with a $2.6m gross), one of several pricier studio ­speciality arm releases that will struggle to turn a profit in the US this year.

The challenge for independents

US distributors downplay the significance of the raw statistics and the notion that the crop of films — US and foreign language — available for acquisition this year on the festival circuit has been weaker than usual.

What the figures may reflect, though, is a specialised marketplace with fewer active buyers and steep marketing costs.

After last year’s shake-out in the specialised distribution sector, most of the remaining studio specialty divisions — with Fox Searchlight being the exception — have recently preferred to produce rather than acquire films.

Among independents, most of the acquisition is being done by just three companies, SPC, Magnolia and IFC, with the latter two buying to feed simultaneous theatrical-VoD release schedules.

VoD revenue allows IFC — whose 2009 titles include Summer Hours (with a $1.6m gross) and Everlasting Moments ($610,825) — to make a profit with relatively small theatrical grosses, says IFC Entertainment president Jonathan Sehring: “We can take a lot more chances than a company that’s just in the traditional theatrical distribution business.”

When they do acquire and release films, independents face marketing costs that have been driven up by the studio specialty arms.

“Getting awareness in a noisy marketplace is really hard,” says Howard Cohen, co-president of Roadside Attractions, which recently released the Sundance award-winning documentary The Cove. “You have to hit people six different ways and then maybe they’ll go.”

Specialised films’ share of overall US box office will certainly increase this autumn as awards contenders begin to arrive in cinemas. Potential breakout titles include IFC’s just-released In The Loop, Roadside’s documentary The September Issue (due August 28), Miramax’s Clive Owen drama The Boys Are Back (September 25) and Overture’s Michael Moore documentary Capitalism: A Love Story (September 25). Coming later in the year are SPC’s An Education(October 9) and Lionsgate’s Precious (November 6), two Sundance award winners that were hotly pursued at the festival.

Competition in the specialised marketplace, meanwhile, should be boosted by new distributors.

Some, such as Bob Berney and Bill Pohlad’s Apparition, will be following a relatively traditional model. Berney says maximising the potential of films such as Apparition’s Jane Campion romance Bright Star, acquired at Cannes and due for US release on September 18, requires “a fairly aggressive platform release where you’re trying to seed the crossover from the beginning. Which means taking more risk from the outset.”

Though Bright Star is believed to have a relatively high (for a non-studio company) p&a budget in the region of $5m, Berney says the downturn in the advertising market “has enabled us to be aggressive for less money”.

Oscilloscope Laboratories, the company formed last year by Adam Yauch of the Beastie Boys, is hoping its November 6 release The Messenger, a Berlin Silver Bear winner acquired last month, will make a mark at the box office this autumn.

But the company, says partner David Fenkel, is not relying on big theatrical takes for every release. “We grew our company during this economic downturn,” Fenkel says, “so we don’t have studio-level overhead and we don’t have to gross $1m, though we plan to on a lot of our films.”

US top 10 films on limited release*, year to date†