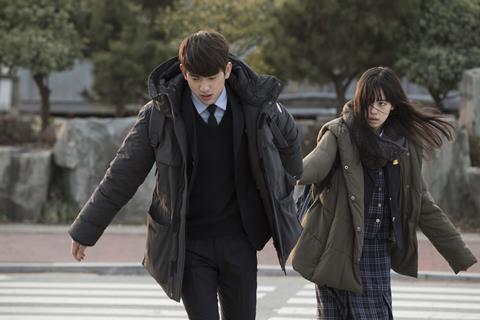 South Korea’s 9ers Entertainment is launching sales on A Stray Goat, starring Park Jin-Young, aka Junior of K-pop group GOT7 and Ji-woo from Cart.

In it, Min-sik moves to a quiet town where he meets Ye-ju, a girl getting bullied of a suspicions about her father. He overcomes peer pressure to befriend her and they start taking care of a goat together but things go awry.

They have announced the film is set for a tentative theatrical release by China Film Group on May 20 in their territory.

Directed by Cho Jin-Mo, the film follows a boy who goes on a mission to China to find his biological father and what happens when his mother comes chasing after him and meets the handsome bachelor who has no interest in having a family.