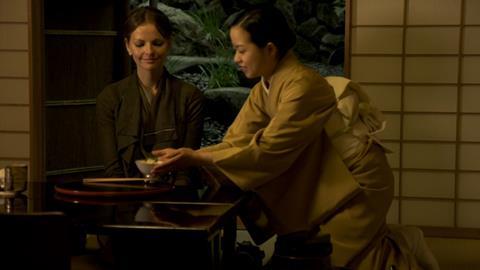 Food and restaurant documentaries are popular and tasty fare at film festivals these days, but Thomas Jackson, Charlotte Landelius and Henrik Stockare’s film takes an intriguing look at a new breed of food-fans…the well-to-do bloggers – a self-styled culinary jet-set – who travel the world sampling the delights of the best restaurants in the world.

Foodies – perhaps not the most inspiring title in the world – is a fascinating glimpse into a group of people who are increasingly influential in the world of cuisine and instead of focusing on the food it points the camera at the blogging food critics whose mission is to eat at the best restaurants around. The film, which screened at San Sebastian, could well intrigue niche distributors, other festivals and broadcasters who specialise in lifestyle programming.

Part globe-trotting film and part celebration of the joys of great – well, certainly award-winning – food, there is also a niggling sense of indulgence as a series of rather pampered folk fly around the world (usually paying their own way) eating well and being treated deferentially.

From Hong Kong-based newbie blogger Katie Keiko Tan and Lithuanian model Aiste Liseuiviute through to London writer Andy Hayler (who has visited every Michelin star restaurant) and New York-based opinionated blogger Steve Plotnicki they are all clearly lovers of food. They are an engaging bunch, with Andy a modest sampler of everything he can and Steve relishing his reputation for being loud and opinionated.

It takes for about an hour in – and after plenty of visitations to luxury restaurants – for the chefs and restaurant owners to really get to have their say about what they really think about the bloggers, and it is then that the film finally develops the edge that it needs. There is a sense that these travel tourists are indulged and pampered far too much – but as they point out, it is just like spending money on a holiday, clothes or cars. It is about relishing something you love.

What it does do – sadly – is foster the increasingly popular habit of taking pictures of food in restaurants.