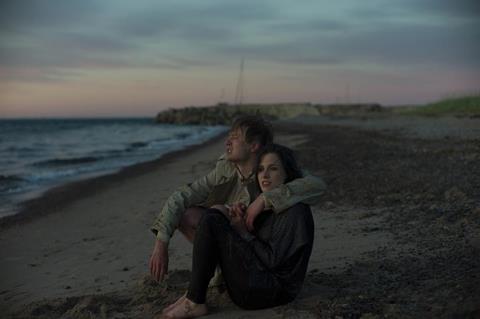 The rather indulgent retro feel to Estonian writer-director Veiko Ounpuu’s tale of an angry young man reacting badly to all that life throws at him makes his new film intriguing and impressive at times, though in the end it lacks the consistent quality to make it stand out. Ounpuu’s last film, the surreal 2010 comedy The Temptation Of Saint Tony was a darling of the festival circuit and Free Range is likely to strike a chord with programmers, but formal distribution would seem rather unlikely.

Ounpuu has the technical skills, but in this case he fails to sell the notion of a man unhappy with the world he lives in and driven by a sense of longing.

His unlikely anti-hero is a rather unsympathetic, grungy and gloomy character named Fred (Lauri Lagle), who hates the notion of work and responsibility, has a fiery temper and seems rather lacking in any sort of charm. When we first see him he is confronted by his newspaper editor boss for attacking Terrence Malick’s Tree of Life in print as “faggoty”, with things heading speedily down hill from there.

He also responds badly news that his girlfriend Susanna (Jaanika Arum) is pregnant, and almost drowns her in a bath when she reacts badly to his ‘poetry’. Work involves mainly manual labour after his journalistic skills are not appreciated, though more often than not he lasts only a short time after battling with his bosses.

If Fred was blessed with any form of charisma then Ounpuu’s film might have been a little more interesting, but this self-destructive oaf lacks any kind of charm, which makes his anti-establishment battle rather hard to sympathise with. Some of the sequences of him indulging in his polemic are stretched out way too long, and it feels rather a cliché that he takes to dancing to old Smiths albums.

The fact that it was shot on 16mm (giving it a nicely fuzzy quality) with soundtrack recorded from vinyl makes it slightly more interesting technically, and shows that Ounpuu has the technical skills, but in this case he fails to sell the notion of a man unhappy with the world he lives in and driven by a sense of longing.

There is a clear sense that the film is aiming be a blend of French New Wave and Eastern European intellectual gloom, and while there are some artfully composed moments its attempt at offering up a portrait of a disenfranchised rebel ultimately doesn’t with because this rebel simply has no charm, let alone a cause.