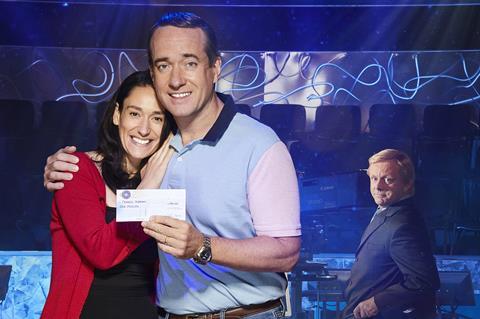 In the meantime, the broadcasters have been tied up in protracted negotiations over digital rights with independent producers, who were previously free to sell their shows to the likes of Netflix and Amazon, as well as awaiting the green light from France’s CSA broadcasting regulator.

Billed as a French version of the UK’s Britbox, the platform was created in response to rising competition from global platforms for audiences and talent.

It focuses mainly on ’made-in-France’ programming - ranging from current affairs and magazine shows to drama and feature films such as Claude Barras’ 2016 title My Life As A Courgette. It also features European acquisitions and a handful of premium and exclusive non-French language shows.

Recent acquisitions premiering on the platform as it went live included Swedish YA-focused horror Cryptid, UK mini-series Quiz and The Sister as well as US show On Becoming A God In Central Florida and Canadian comedy Happily Married.

At present, most of the content is available on the partners’ free-to-air channels. A handful of new in-house shows and acquisitions will premiere first for Salto subscribers, but often only with a 48-hour window. Plans are also afoot for the creation of original content in 2021.

Salto is launching into a crowded market dominated by Netflix (which has 7m subscribers in France) and also features recent arrivals Disney+, Apple TV+ as well as Canalplay, which has built a strong reputation on its original content. The new streamer’s price point is on a par with Disney+ and Netflix, which start at €6.99 and €7.99 respectively,  even though it offers far less content for now and most of it is already available on free-to-view channels.

Another challenge for the platform is that it has yet to sign set-top box deals with any of the major telecom companies such as Bouygues or Free, which see the platform as a competitor to their own content offering.

“If Salto manages one million subscribers in three years without the set-top boxes, it could be qualified as a success.”