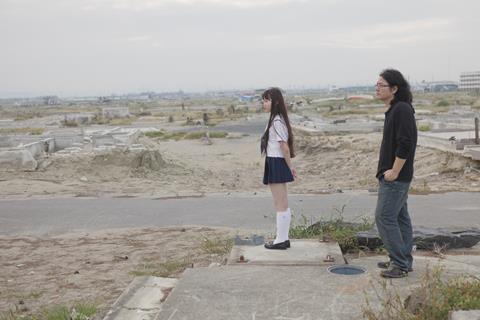 Japan’s Iwai Shunji (Swallowtail Butterfly, Vampire) is a native of Sendai, the harbour town at the centre of the enormous earthquake and resulting tsunami of March 11, 2011. Deeply affected by events, he trains his camera in a very personal take on the political and emotional fallout of this catastrophic event in Friends After 3.11, in particular the questions raised by the ongoing meltdowns at the Fukushima Nuclear Power Plant.

With extra work, in particular a sharper edit on the interviews, this could make a small impact on the festival circuit.

As the title suggests, Shunji Iwai focuses on his friends in this documentary, and it is hampered by his inability to cut their testimonies short across lengthy and often repetitive interviews. Despite this, however, this is a cumulatively affecting film and an intriguing insight into the Japanese mindset on what is becoming a growing struggle within the country. The pain of the tsunami and estimated 16,000 deaths is a powerful accelerant to the ongoing anger over Fukushima and nuclear power in general in this deeply felt piece.

Premiering at Berlin in the Forum section, Friends After 3.11 feels as if it may have raced to meet a deadline: subtitling is flawed, and there is a lack of context to help a non-Japanese audience relate to either the geographic settings as the production shuttles around the country or the or people Shunji interviews.

With extra work, in particular a sharper edit on the interviews, this could make a small impact on the festival circuit. It seems like a first sally in what could be a growing project for the director, who relates in the opening titles how he looked to his friends in the aftermath of the disaster to help him carry on, thus “Friends After 3.11”.

Many of them are new friends, and the surprise of the piece is how political it gradually becomes. With the actress Matsuda Miyuki as “navigator”, Iwai Shunji talks to an unexpected array of individuals, from an anti-nuclear movement “idol” to a former architect of nuclear power plants, professors, activist journalists and film-makers, an outspoken banker, and the charismatic actor Yamamoto Taro, who delivers impassioned speeches against nuclear power.

The first half of Friends After 3.11 is mostly comprised of talking heads, cumulatively giving an impression of a docile media combined with political cowardice and ignorance when it came to confronting the nuclear peril Japan faced in the aftermath of the tsunami - and continues to face, as the meltdowns are ongoing.  Facts about radiation exposure levels in Japan slowly emerge, and there’s an interesting variety of reactions to it.

The film moves in the second half out to the disaster zone, and the visually shocking evidence of the destruction the tsunami caused. In a somewhat shotgun manner, Shunji speaks to experts about the suicide level in Japan, Chernobyl, and the film director Tan Chui Mui via a distractingly poor skype connection in Malaysia, where she campaigns against the secret construction of a nuclear plant.

Shot on HDCAM and using video phone footage, Friends After 3.11’s technical limitations are neither surprising nor a detriment to the overall power of the piece, which sadly has been diluted by having too wide a focus. Whether Iwai Shunji revisits this work remains to be seen; final footage indicates that this may well be the case.