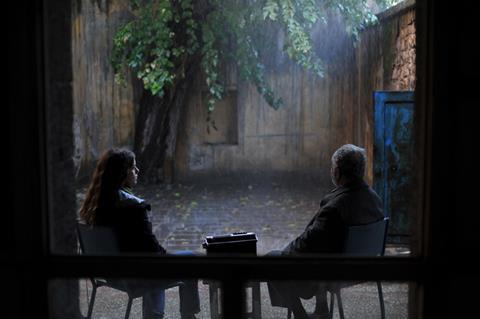 It is hard to believe the Turkish censors cleared this for release but the fact is they did. More of a documentary than fiction, already unveiled at the Toronto Film Festival and now in the national competition of the Adana Film Festival, Ozcan Alper’s deceptively calm and poetic picture is a sharp, uncompromising indictment of the gruesome Turkish repressions against the Kurds and other ethnic minorities in the course of the last 30 years and probably more, defined here in no uncertain terms as a massacre, with sufficient supporting evidence to sustain this accusation.

As horrific as the facts he puts on the screen are, Alper’s plot is amazingly uneventful.

A festival film par excellence, less introverted and far more explicit than Alper’s debut, Autumn, it has plenty of film quotations and symbolic images to accompany its strictly political statement. But instead of a typically militant treatment, Alper chooses to put a distance between his actual characters and the events he deals with, which helps underlining even more the horrors it deals with.

Like his first film, Future Lasts Forever(Gelecek uzun Surer) is an emotional powerhouse, locations and natural landscapes play a major role all through it, but its commercial prospects may be seriously hindered by its pace, too often slack on purpose, and its lack of a plot to carry it through.

Reminiscent of the soldier in Chen Kaige’s early film Yellow Earth (1985), Alper’s lead character, Sumru (Gaye Gursel), a student of ethnomusicology in Istanbul, is seeking, all over the plains of Anatolia, authentic folk elegies for her thesis.  Three years ago her boyfriend had left her and went back to his hometown, Hakkari, deep in the Kurdish mountains, never to be heard of again, and Sumru is now on the road, somehow leading in the same direction.

But first, she reaches Diyarbakir, a city sadly renowned for the ethnical troubles which rocked it in the recent past and from there, towards the end of the picture, she pursues her journey to Hakkari, hoping to find some trace of her man.

On her own and with the help of the local head of the self-improvised Diyarbakir cinematheque, Ahmet (Durakan Ordu), Sumru records or tries to find existing folk material for her academic research. But whatever the purpose, the material she gathers paints a blood-curling portrait of Turkish rule in the area, based on fear and terror, ferocious mass killings not only of Kurdish guerillas but of everyone suspected of being related to them, whether men, women, children or animals.

The distraught, broken voices of the mothers, wives and relatives telling or singing their tales of woe, some recent, others emerging from old video recordings, the documentary images shot during military operations in Kurdish villages during the 1990s and the tragic recollections of other minorities, like the old Armenian Antranik (Sarkis Seropyan) who won’t join his daughters in Switzerland for he feels responsible for the ruins of the old church he has been entrusted, are bound to rub a lot of people in Turkey the wrong the way.

As horrific as the facts he puts on the screen are, Alper’s plot is amazingly uneventful. Sumru is never bothered in her work; there are no bombs exploding around her anywhere in the course of the film; her relationship with Ahmet suggests but never develops into a romance and the present seems to hold no apparent threat, unless you notice the army trucks on the road, the helicopters up above, the latest news on the radio or the nagging feeling that all that heart-breaking evidence of 10-15 years ago is not necessarily a thing of the past.

Working again with his Autumn cinematographer Reza Caldiran, Alper’s film pays as much attention to locations, fully integrated in the narrative, as he does to his characters. Quotes from Angelopoulos’ Ulysses Gaze referring to the end of communism, and from the scripts of Godard’s A bout de Souffle and Wenders’ Wings of Desire are justified by Ahmet’s cinematheque background.   Gaye Gursel, despite having to indulge in more than the necessary quota of moody melancholy, unaffectedly carries most of the picture on her shoulders, avoiding the inevitable sentimental pitfalls, accompanied by Durakan Ordu’s lively presence.