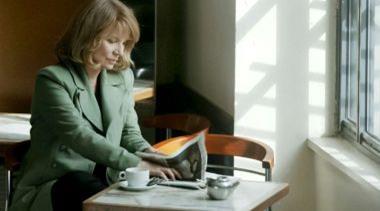 The concept guiding Claire Simon in her latest opus is simple. Gare du Nord, Paris’s main railway gate to the North and one of the busiest train stations in Europe, represents a French version of the global village in a nutshell. Members of every imaginable human race, colour, ethnic origin and religious faith rub elbows there every day of the week, therefore following them attentively cannot but produce a comprehensive picture of France as it is today.

Shot very much like a documentary and lending each incident its own time, space and rhythm, the weakest points in Simon’s film remain the stories of her lead characters.

A perfect formula for a documentary, and in fact one that Simon has already done, titled La Geographie Humaine, before shooting this film. However, transposing all the research collected by Simon’s research team into fiction, written down and then performed by actors under the instruction of a director, cannot but lead to a hybrid result of uncertain nature.  The film had its premiere at the Locarno Film Festival.

Even with the addition of a tentative plot that has been concocted to provide a backbone to keep the movie together, this still looks and sounds like a documentary collage of brief impressions picked up and then bunched together as a series of vignettes around the four main characters.

Simon, who has claimed in the past that all her films were first of all about places, hasn’t really changed her approach. Visiting the vast train station and its population is the main object of her picture. But to make it easier on the audience, she has as an initial guide in the Algerian student of sociology, Ismael (Reda Kateb) who is doing a survey for the Parisian city traffic authority (RATP) and at the same time working on his Ph.D. thesis, despite being deprived of a scholarship because of his Arab origins.

For the purpose of the survey, he approaches an older woman, Mathilde (Nicole Garcia), to ask her a few questions. One thing leads to another and soon they meet every day and fall in love. Since Mathilde is a University lecturer about to undergo and operation, their affair fits into the film both social context and dramatic urgency. The other two protagonists are Sasha (Francois Damiens), a candid camera moderator on TV who has stubbornly planted himself in the station to find the traces of his runaway daughter and Joan (Monia Chokri), once a student in Mathilde’s class, now, despite all her academic credentials, working as a real estate agent, rushing back and forth between Paris, London and her home in Lille, a situation that plays hell with her marriage and her children.

With such a cast, the film’s opening gambits are inevitable. As the characters make their way through the station, up and down the escalators, and over to its most remote corners and galleries, the burning issues of the day creep up one after the other. Unemployed academics, racial discrimination, marital stress, underage vagrancy and maniacs running free in public places are just a sample of the selection, with the Gare du Nord, always in the forefront, providing the necessary material to elaborate on each topic.

There is the shy sales girl in a sexy lingerie shop being attacked by what looks like a Muslim madman who tears the place apart; a black adolescent theorising about the relationships between boys and girls; a Nepalese sweet vendor dreaming of home; a boy being aggressive to his girlfriend in front of the police; a black woman putting her brain and qualifications on hold every time she comes to tend the public toilets, and much more. It could go on forever but for Mathilde’s condition and a protest demonstration paralysing the station of a while provide the necessary excuse for a finale, with a sprinkle of supernatural occurrences helping to wrap up the proceedings.

Shot very much like a documentary and lending each incident its own time, space and rhythm, the weakest points in Simon’s film remain the stories of her lead characters, which not only get lost in the myriad of incidents surrounding them but are both too mannered and manipulated to ring true in comparison to the rest and too weak to keep all of it together.