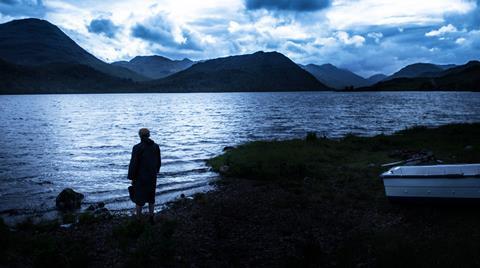 Forget any usual preconceptions about a film about a treasure hunt….the haunting and gently enthralling Garnet’s Gold is about one man and his obsession, but at heart is more about the man then the possibility of gold at the end of his particular rainbow.

His quest may be for gold, but the film is a portrait of an ordinary man who is extraordinary at the same time.

Ed Perkins’ film debut follows the engagingly eccentric Garnet Frost. While hiking in at Scotland’s Loch Arkaig some 20 years ago he had an accident, but just before he was aided he came across a staff that he becomes convinced is actually a marker to a cache of lost treasure.

Whether caring for his elderly mother or trying to explain to yet another mildly interested person about where he thinks the treasure may lie, the film develops into a fascinating portrait of a gentle and thoughtful man who has regrets in life and insecurities about how to life his existence, but also a man who is open, honest and compassionate. His quest may be for gold, but the film is a portrait of an ordinary man who is extraordinary at the same time.

His brush with death at that Scottish Loch instills in him a conviction that the staff is a marker to a fortune hidden nearly 300 years before.

Garnet shares with a rare lack of self-pity his thoughts on love and loss, with Ed Perkins’ gently revealing his hidden – often quirky – depths as this complex and delightfully old-fashioned man potters through his life and mulls over the treasure he thinks will still be lurking hidden in Scotland.

Beautifully shot and edited with an easy confidence, this gentle and engaging film ends where the story began…with Garnet clambering over rocks around a beautiful Loch, still driven and still convinced that his gold may lurk just a short distance away.