The importance of the international box office increases year after year. Leonard Klady looks back at the lessons learned from 2010’s major releases, and how the value of their international earnings compares with domestic. 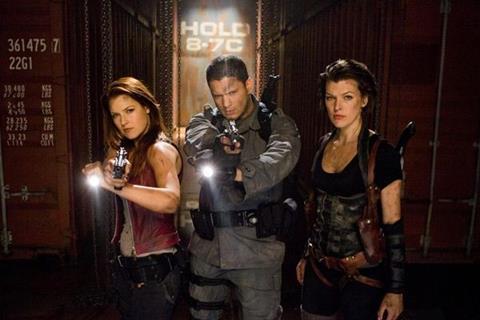 The US and Canada have a potential movie-going audience of roughly 350 million; the rest of the world weighs in at about 6.4 billion. Yet the likelihood of a film grossing more than 10 times its domestic marketplace box office in the international arena is remote. Factors such as the price of admission and accessibility to a movie screen figure into the reasons why there is not a wider chasm between performances in these two viewing sectors.

A decade ago the conventional thinking was that one might expect a comparable gross internationally to the domestic box office. But in the intervening years, with the emergence or expansion of nations with significant populations, one expects highly commercial films to have a noticeably improved gross in the international marketplace.

While it does not necessarily create a formula for success or profit, what reasonable rule of thumb can be applied as a ratio for domestic/international box office?

It would be apt to note at this juncture that the global marketplace is akin to a moving target, and defining such a ratio is a vainglorious effort. Still, a sample of 50 films which played in mainstream release both domestically and internationally provides a box office of roughly $5bn in the former and $9bn in the later. On average these films grossed 80% more in the international arena.

It should also be noted that among the 50, no individual film had this precise ratio; the closest to the mark was Inception with an 86% bump. There are, nonetheless, trends — and anomalies — which emerge.

The majority of the top-grossing films of 2010 were stereoscopic and most performed at a level greater than 100% internationally. While hardly a commercial safety net, it is evident that having the gimmick is a far greater incentive for audiences outside of North America to buy tickets.

Two prime examples are the horror spoof Piranha 3D and the third instalment of the dance franchise Step Up 3D. In both instances the films suffered from 3D fatigue in the US and Canada while elsewhere they rang up respective grosses of $56m and $125m. The film with the highest ratio also fits into this category, Resident Evil: Afterlife, which topped its domestic theatrical run by 264%.

The inverse effect can be seen in the failure of StreetDance 3D to snag a major US release following box office of close to $50m internationally. It was acquired in Canada and has grossed a substantial $1.112m almost exclusively from screenings in Quebec.

Animation (increasingly dominated by 3D effects) is as close to a commercial slam dunk as any genre, especially if the subject matter is family oriented. Unlike live action, the potential of revoicing characters (often with international stars) and providing a local slant is more flexible and more common. The family film has held its ground despite generally declining ancillary sales in DVD.

The theatrical appeal of animation is also proving to be a boon for European productions such as Sammy’s Adventure: The Secret Passage from Belgium. It has grossed in excess of $40m and other films including Germany’s Animals United are discovering the need for product to fill digital 3D venues is opening up once-difficult markets.

Comedy remains the road worst travelled regardless of where the route begins. US stars such as Will Ferrell, Steve Carell and, to a lesser degree, Adam Sandler struggle to translate internationally — dubbed or subtitled. And films such as the Eurocentric Tamara Drewe did not travel in the opposite direction.

The US exceptions to the rule continue to be Hugh Grant and Woody Allen; they have developed a sophisticated pattern of mainstream and niche distribution internationally which routinely generates multiple returns. Allen saw his first $100m international grosser recently with Vicky Cristina Barcelona.

Oscar has been the historic golden ticket but this year’s honorees mostly found themselves tongue-tied. The heartland appeal of both Crazy Heart and The Blind Side had indifferent responses overseas and even The Hurt Locker (despite a significant boost for a record-low Oscar-winner box office) found little traction in capitalising on the award.

The exception in the category was The Secret In Their Eyes, with doors opening to one of the year’s biggest niche successes. It has been an equally dismal year for Cannes, Berlin and Venice prize winners.