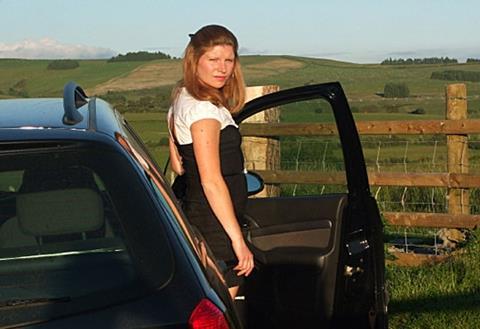 Low-budget, low-key and low-interest, this flailingly feeble British drama is produced, written, directed and self-distributed by Robbie Moffat, who has been churning out films in recent years…films which largely go un-noticed by the UK’s cinema-going audience. This simple film makes good use of UK locations and features a game lead performance by Suzanne Kendall, but is let down by the amateurish filmmaking style.

Technically there is little good about Got To Run.

The notion about a troubled runner visiting – and running – a series of memorable UK landmarks (from Hadrian’s Wall to Lindisfarne) is an appealing one, and Suzanne Kendall does her best in the weakly written role of Sarah, an unhappy underwear saleswoman from Slough who uses jogging as her escape from the drudgery of her life.

With her relationship with her car mechanic boyfriend on the rocks she heads off on a roadtrip to visit her various sales contacts, constantly being hassled by her boss Jack Pratt (Jon Paul Gates) who is setting increasing difficult sales targets.

While propping up a bar she is given a list of 10 great British beauty spots by a friendly barman, and before you know it her business trip turns into a series of runs where she sets about rediscovering herself. It comes as no surprise that she also finds love, in the form of a hunky Scottish landowner.

Technically there is little good about Got To Run. Clumsily shot (and managing the rare feat of making beautiful natural locations look bland), blandly written, acted amateurishly and with a dire jazz score, it is a film best forgotten.

To a certain extent Robbie Moffat is to be praised for his single-minded determination to make movies. Sadly this one doesn’t even fall into the so-bad-its-good category.