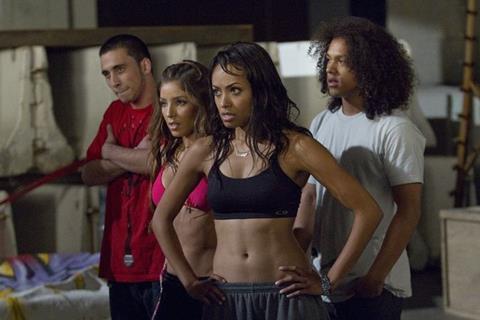 Innocent street dance fun with a mild urban edge is the name of the game with Honey 2, a belated sequel to the 2003 Jessica Alba original that turned out to be a surprise hit and one of the first out of the gate in the now busy – and successful – street dance genre. Aimed fair-and-square at the young street dance-savvy audience, the film opens in the UK prior to its US release, and should have the good-natured charm to appeal to youngsters.

This engagingly made sequel misses, of course, the sheer charisma that Jessica Alba brought to the original film.

The original film offered an early lead role for Alba as dancer/choreographer Honey Daniels, had a support cast including Mekhi Phifer and Lil’ Romeo, and managed to combine impressive dance moves (though ones that would pale in comparison with the routines on show in the Step Up and Street Dance films) with a nicely nuanced storyline that was all about friendship and loyalty rather than gang tussles and inner city misery.

The sequel is directed by Bille Woodruff (who made the original film, as well as Beauty Shop and Bring It On: Fight To The Finish), and in place of Jessica Alba we have Katerina Graham (from TV’s The Vampire Diaries) as Maria Bennett, a talented teen who has had brushes with the law and has found refuge with Honey Daniels’ mother (Lonette McKee, reprising her role from the first film) and is working at cleaning Honey’s dance centre.

She is trying to stay on the straight-and-narrow, but despite holding down two jobs can’t resist the lure of dance, and is spotted practicing at the dance centre by Brandon (Randy Wayne), a volunteer there who asks her to work with his gifted but undisciplined team (aren’t they always) called the HDs. But her skills also attract the attention of her old boyfriend Luis (Christopher Martinez), the leader of the prize-winning 718 dance crew who wants to lure her back to the criminal street world she is trying to escape.

Maria commits herself to the HDs (and starts a little innocent romance with rich boy/dance Brandon) and starts training with them to prepare in the television dance competition ‘Battle Zone’, which will mean them going up against the all-conquering 718 crew.

This engagingly made sequel misses, of course, the sheer charisma that Jessica Alba brought to the original film. But then the current crop of street dance films are not about the marquee value of the actors, but about hope spectacular and exhilarating the dance routines are. To an extent it misses a trick by not shooting in 3D (as the proven success of Street Dance 3D and Step Up 3D indicated), but the performers are talented enough and blessed with a certain charm.

Amusingly when Lonette McKee’s character Connie Daniels watches the ‘Battle Zone’ footage on television by the side of her TV screen is a framed photograph of Jessica Alba/Honey (in fact it looks rather like a publicity shot from the original film) just to emphasise the link to the first film.

Katerina Graham has a strong enough personality to drive the film – and her dancing is good enough, especially given her experience as a background dancer for the likes of Missy Elliott, Pharrell and Jamie Foxx  – though Randy Wayne’s Brandon is an unnecessarily bland and clichéd character which adds little to the proceedings.  Strong dance support comes in the form of Seychelle Gabriel, Christopher Martinez, Brittany Perry-Russell, Tyler Nelson and Melissa Molinaro.