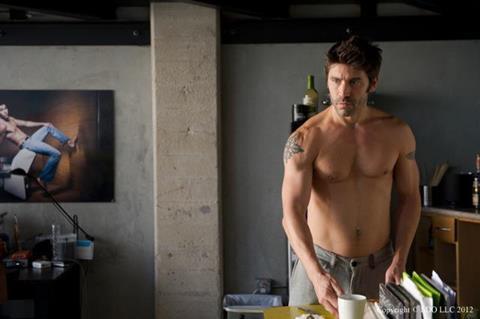 Romantic drama I Do cleverly knits its same-sex marriage theme into the affecting, if slightly soapy story of a multinational and mostly gay group of New Yorkers struggling to cope with the vicissitudes of family and love. If nothing else, this nicely crafted indie outing should act as an industry calling card for UK-born talent David W Ross, who wrote the script, stars and produces (with Stephen Israel).

The partly crowd-funded film, which had its world premiere at this week’s Outfest in Los Angeles and is currently looking for a distributor, could, with the right handling, reach a modest straight-gay crossover audience in the US. Ross’s background will provide a hook in the UK but the little known cast and the story’s American specifics might limit potential in the broader international marketplace.

Ross - a former member of UK pop act Bad Boys and best known as an actor for 2006 Sundance hit Quinceañera - plays Jack, a twentysomething gay Brit and longtime New York resident. After the tragic death of his brother, Jack steps in to help his American sister-in-law Mya (Alicia Witt, from TV’s The Mentalist) raise her daughter Tara (the very cute Jessica Tyler Brown).

When Jack’s US visa is denied he marries his lesbian best friend Ali (The Sopranos’ Jamie Lynn Sigler) so that he can stay in the country with Mya and Tara. But the ‘Green Card marriage’ breaks down and Jack is faced with deportation - just as he is falling in love with Spanish-American architect Mano (Maurice Compte, from cable hit Breaking Bad).

The film’s point about marriage equality - Mano is ready to marry Jack but in the US gay marriage doesn’t come with the same immigration privileges as straight marriage - is made subtly and doesn’t get in the way of the drama, which is effectively delivered by the likeable Ross and the rest of the solid cast.

Director Glenn Gaylord (Eating Out: All You Can Eat) and director of photography David Morris Gil (shooting his first feature) give the film a nicely autumnal New York look and other production values are relatively high.